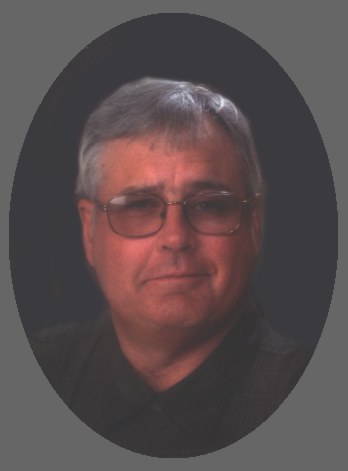 He married Lois Jean White on June 25, 1972 in Anson, MO, and they spent
nearly 37 years teaching, farming, and enjoying their daughter, Tara.

Charlie graduated from South Shelby High School in 1967 and received his
B.A. Degree in Mathematics Education from Northeast Missouri State Teacher’s
College in 1971, and his Masters Degree in Secondary School Administration in
1979.

He taught math and was assistant football coach at Westran School District
in Huntsville, MO and at Clark County R-1 Schools in Kahoka, MO. He later
taught math at Revere C-3 School in Revere, MO.

Mr. Harland began farming full time in 1987 and loved working with his
cattle, crops, and machinery; especially his tractors. He enjoyed reading,
golfing, camping, going to farm auctions and antique tractor exhibits, sitting
under the shade tree in the front yard, and drinking coffee at the Bridge Café.

He was preceded in death by his mother, Norma Harland; aunts and uncle, Mary
Margaret Snider, Jim and Lorene Kidwell; a cousin, Kelli Kidwell, all of
Shelbina, MO; his in-laws, Harold and Naomi White of Farmington, IA; and
brother-in-law Trooper Talbert of Monroe City, MO.

Charles was a member of Blue Key Service Organization, Missouri State
Teachers Association, local Teacher’s Associations, the Anson Community Church
Board, and Revere C-3 School Board. Most dear to his heart was his service in
the Gideon’s International, where he enjoyed placing Bibles in local hotels and
giving New Testaments to 5th graders in area schools each year. The
Gideon’s also purchase and place Bibles in numerous countries around the globe.

Charlie was a kind, gentle man who loved the Lord. He loved his family and
friends, and always treated others with courtesy and respect. He was a humble
man of few words and lived his faith through his actions.

A funeral service celebrating his life was held Thursday, April 30, 2009, at
10 a.m. at Wilson Funeral Home in Kahoka with Pastor Mark Caston officiating.
Eulogist was Mr. Phil Hall who discussed the joy Charlie had in serving as a
Gideon. Mrs. Jeanne Daw was pianist.

Vocalists were Mr. Kenny Harland who sang “His Eye is on the
Sparrow” and Mr. Jared McAfee who sang “Amazing Grace” and
“It is Well”. Congregational hymns were “Turn Your Eyes upon
Jesus” and “When We All Get to Heaven”.

Visitation was held after 2 p.m. Wednesday at Wilson Funeral Home in Kahoka
with family receiving friends from 6-8 p.m.

Memorials were suggested to the Gideon’s International for Bibles, American
Cancer Society Relay for Life, or Blessing Hospice Service of Hancock, Co.