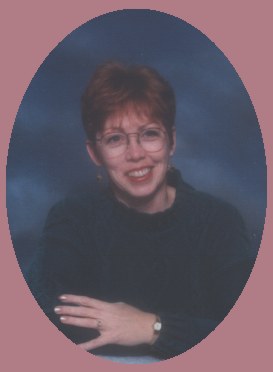 Friday, May 1, 2009, at her home following a long, courageous battle with
brain cancer.

She was born June 14, 1952, at Keokuk, IA, the daughter of Jerry David and
Mary Malinda Walker Lillard. They preceded her in death. She also preceded in
death by a nephew, James Robert Simmons and a cousin, Benny Bourgeois.

Margaret graduated from Clark County R-1 High School in 1970 and received her
B.S.E. in English in 1974 from Northeast Missouri State College at Kirksville.
In 1982 she received her M.A. in English from the University of Iowa.

She began her career teaching Junior High Math and English at Dallas City, IL
for four years and the next year at Blakesburg, IA. The next five years she
worked at the Ear, Nose and Throat Clinic at the University of Iowa Hospital and
scheduled the surgeries for that department. The past 24 years she was Director
of the University of Iowa Alumni Records until her health began to fail early
last fall.

Margaret was a member of St. Marks Methodist Church in Iowa City. She loved
to cook and entertain and enjoyed making dinners, giving parties, teas and
coffees for her many friends and neighbors. She was a fantastic candy maker and
enjoyed that area of cooking most of all, especially during the Christmas
holiday.

She enjoyed gardening and growing flowers and loved to travel and read. She
volunteered at “The Bookend” in Iowa City where she was able to see much-loved
and treasured books reused rather than destroyed. She loved playing with her
nieces and nephews when they were younger and with their children in later
years. However, more than anything, her cats were her life. Margaret was full of
life, independent, and very courageous and positive in her spirit during her
time with cancer. Cancer did not destroy her, just made her stronger. She never
gave up.

Funeral services were held Monday, May 4, 2009, at 3 p.m. at the Amazing
Grace Bible Church, north of Kahoka, MO, with Pastor Jared McAfee officiating.
Mrs. Jeanne Daw was pianist and Mr. David Otte, vocalist. Selections were
“Amazing Grace” and “He Lives.”

Burial was in the Providence Cemetery, Williamstown, MO.

Visitation was held after noon Sunday at Wilson Funeral Home in Kahoka with
family receiving friends from 6-8 p.m.

Memorials were suggested to the Clark Co. Food Pantry.