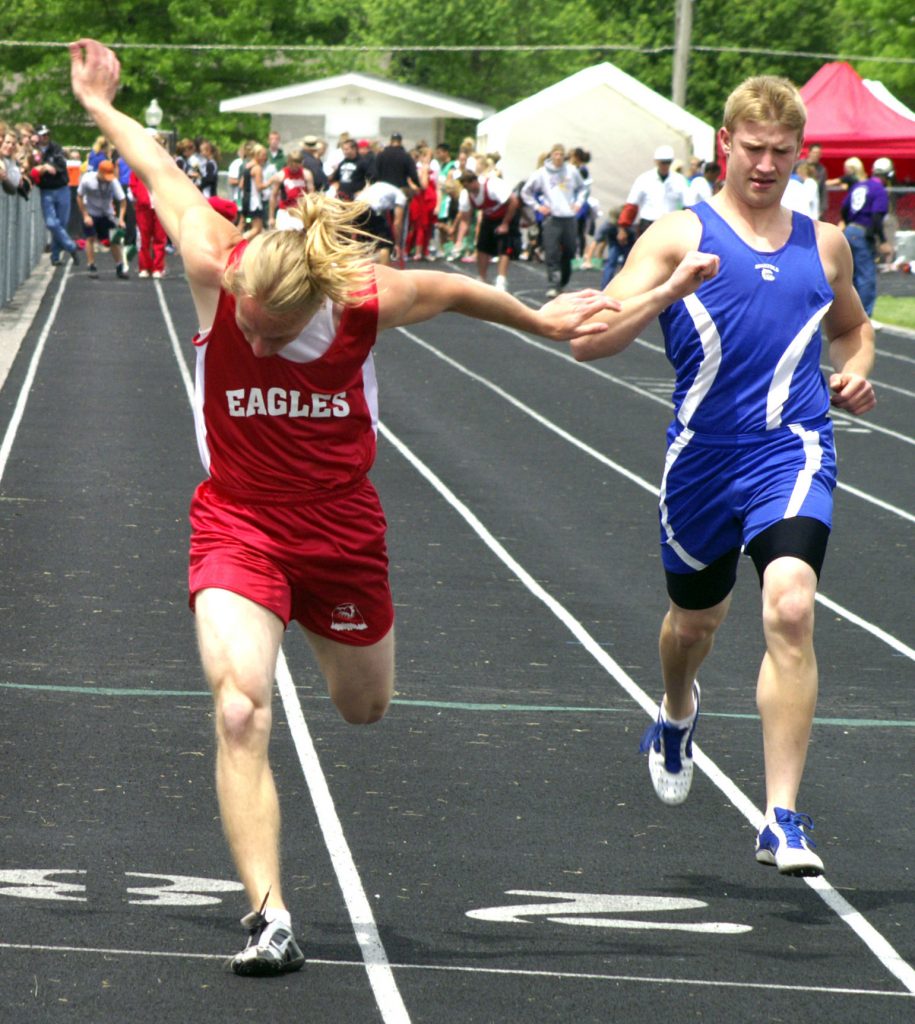 Sectional results are posted on the Internet at www.mshsaa.org
and www.trxctiming.com

Among Centralia Sectional standout performances were Amy Gangloff
of Wellsville, winner of the Class 1 girls’ 800, 1600, and 3200m events. Tyler
Malone of Chamois matched the feat in boy’s Class 2.

Woods scratched from the Sectional 800 meter event due to a knee injury; Knox
County district 1600 meter champion Leighton McCabe finished sixth on the track
in 4:48 seconds. McCabe was disqualified for a uniform violation.

Our kids worked extremely hard and I was very proud of the way
we competed today,” said KCHS coach John Weaver.

“It’s sad to see Mitchel Pegg go out like that his senior year,
but he is a great kid and a very hard competitor. He has a bright future ahead
of him”

“I want to thank the kids for their hard work and effort the
past ten weeks. We will have everyone back except for Mitchel Pegg, Jacob Moots
and Tessa Ramer.”

I look for our track and field program to continue to get
better,” said John Weaver.

The top four finishers in each event qualified for the Class 1
and 2 Track Championships held May 22-23 at Jefferson City. The Eagles and
Tigers were shut out of the 2009 state meet.

“Justin Hazen ran well today. We have a bunch of freshmen and
sophomores. We had a good year,” said Brashear track coach Heath Schneider. “We
will be back.”

“Coach (John) Weaver has gotten kids to go out for track. I want
to thank Coach Weaver and Coach (Bruce) Vannoy for helping us get motivated and
prepared this year. When Leighton (McCabe) won the mile at districts, it was
huge,” said Mitchel Pegg.

Mitchel Pegg graduated from Knox County R-I with the conference
200m dash gold medal. The Eagles finished in the top four of the Tri-Rivers
Conference track meet and walked away with five conference championships.

“I just want to thank everyone on the track team for being there
this year. Everyone was so friendly. This was a great experience and a great
way to go out my senior year. We had a great team.”