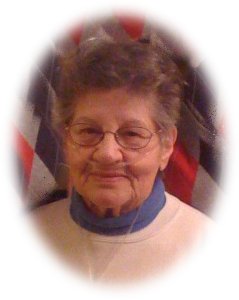 Rebecca “Betsy” Mustoe, 84, of Edina, Missouri, died Tuesday, May 19, 2009, at the Northeast Regional Medical Center in Kirksville, Missouri.
Betsy was born on December 8, 1924 in Edina, Missouri, the daughter of John Alexander, Sr. and Marguerite Elizabeth Thatcher Stutsman.
She was raised in Edina, Missouri and attended the Edina Elementary School and graduated from the Edina High School in the Class of 1942.
On January 14, 1945, in Memphis, Missouri, Betsy married Launce Bevard Mustoe. After he returned from the military in late 1945, Betsy and Launce moved to Burlington, Iowa before returning to Edina in 1946 and purchased the grocery store which they retired from in 1991.
Betsy was a member of the Edina United Methodist Church and Eastern Star of Edina, in which she served as Worthy Matron and also as Ruth.
She is survived by her two sons, Launce Bevard, Jr. and his wife Linda Mustoe of Moberly, Missouri and James “Brent” and his wife Mary Ann Mustoe of Lee’s Summit, Missouri; a brother, John Alexander “Chub,” Jr. and his wife Lois Stutsman of Florissant, Missouri; four grandchildren, Launce B. “Trae” Mustoe III, Nicholas A. Mustoe, Adam L. and his wife Sarah Mustoe, and Kelly A. Mustoe; along with several nieces, nephews, and a host of neighbors and friends.
Betsy was preceded in death by her husband, Launce; a daughter, Karen Sue Mustoe; a brother, Albert Newton Stutsman; three sisters, Dortha and her husband Calvin Bradney, Marie Catherine and her husband Robert Sharp, and Mary Ruth and her husband Dale Norton.
Funeral Services were Friday, May 22, 2009, at 11:00 a.m. at the Doss Funeral Home in Edina, Missouri. Burial followed in the Linville Cemetery in Edina, Missouri.
Visitation was after 4:00 p.m., Thursday, May 21, 2009, with the family receiving friends from 6:00 to 8:00 p.m. at the funeral home.
Pastor Sam Smith officiated and Nancy Reardon provided music. Casket Bearers were Adam Mustoe, Trae Mustoe, Nick Mustoe, Lloyd Errickson, Colby Brown and Doug Johnston. Honorary Bearers were Chub Stutsman, Bob Hudnut, Nelson Parrish, Jerry Whitmire, Larry Stutsman, Jerry Norton, Junior Crabtree and David Crabtree.
An expression of sympathy in memory of Betsy Mustoe may be left to the Edina United Methodist Church. A memorial may be left at or mailed to the Doss Funeral Home 208 N. 4th Street, Edina, Missouri 63537.