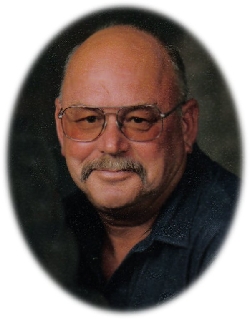 Michael Gene “Mike” See, 58, of Rutledge, Missouri died Friday, May 22, 2009 at his residence near Colony, Missouri.
Mike was born on February 12, 1951, in Kirksville, Missouri, the son of Jason Bertram “J.B.” and Rosalyn Faye Kutzner See.
He attended the Colony School and graduated from the Knox County High School in the Class of 1969. In his youth Mike was active with the Colony 4-H and owned and operated a farm for a number of years. He worked for the Missouri Department of Transportation working construction in Clark County. He continued his schooling with the Macon Technical School while serving as water superintendent for the City of LaBelle for ten years. He was also employed for a number of years with Morgan Fertilizer and later Helena in Edina, Missouri before his health failed.
In 1971 Mike married Betty Faye Carper Scifres and to this union two sons were born. On October 18, 2004 he married Roselie Evelyn Clark Bradshaw and she survives of the home.
Mike is survived by his wife Rosie See of Colony, Missouri; three sons, Michael Heith See of LaBelle, Missouri, Chad Wesley See of Colony, Missouri and Joseph and his wife Erin Thomas of LaBelle, Missouri; three step children, Jennalie and her husband David Blackwood of St. Louis, Missouri, Lauralie Bradshaw and her dear friend Chris Smith of Quincy, Illinois and Aaron Bradshaw of Jerseyville, Illinois; grandchildren, Michael Evan See of LaBelle, Missouri, Shelby and Kailey Thomas of LaBelle, Missouri; step-grandchildren, Zach and Dillon Smith of Quincy, Illinois, and Andrew Blackwood of St. Louis, Missouri; a brother, Jason Gary and his wife Bonnie See of Rutledge, Missouri; aunts, Jewel See of Colony, Missouri, Estelen Kuglar of Memphis, Missouri, and Wilma and her husband Darrell Mauck of Ft. Madison, Iowa; numerous nieces, nephews, great nieces and nephews, cousins and a host of friends.
Mike was preceded in death by his parents J.B. and Faye See; a brother, Richard Glenn See and a nephew, Randy See.
Funeral services were Wednesday, May 27, 2009, at 11:00 a.m. at the Doss Funeral Home in Edina, Missouri.
Burial was in the Colony Cemetery in Colony, Missouri.
Pastor Sam Smith officiated and Casket Bearers were Ronnie Peterson, Allan See, Ed See, Clay See, Bill Bozarth and Jim Bozarth.
An expression of sympathy in memory of Mike See may be left to the Hospice of Northeast Missouri. A memorial may be left at or mailed to the Doss Funeral Home 208 N. 4th Street, Edina, Missouri 63537.