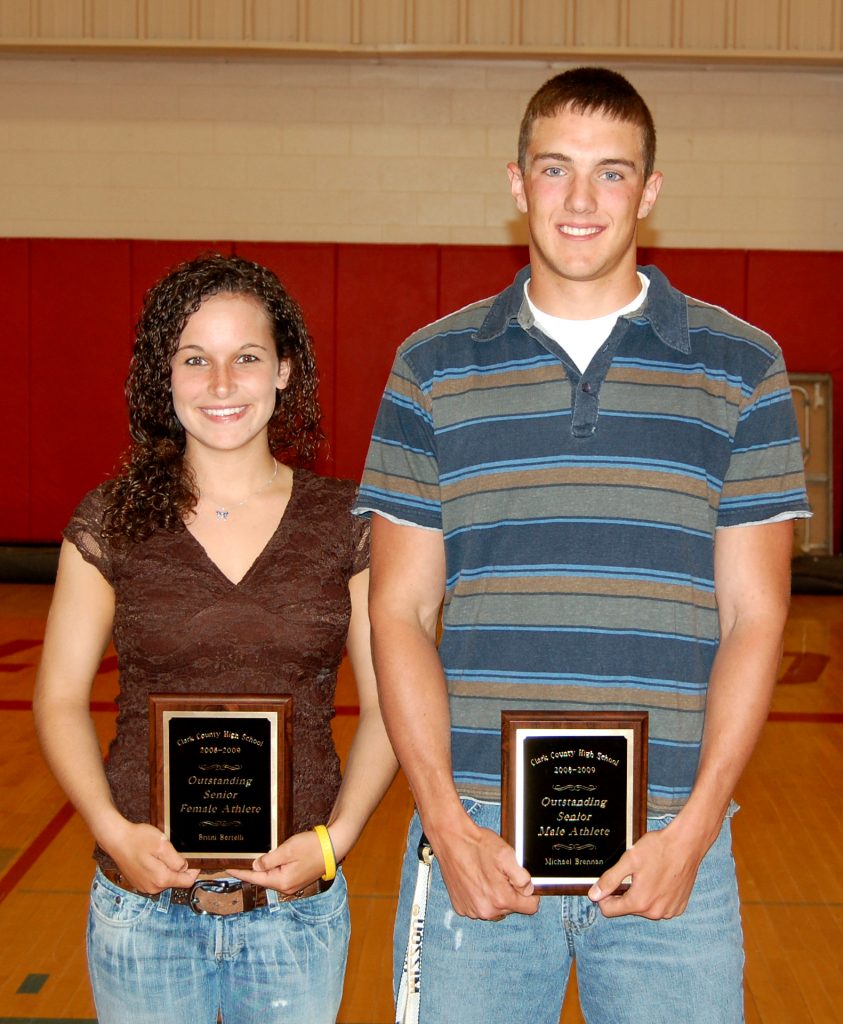 Britni Bertelli and Michael Brennan were named Clark County R-1 High School’s 2009 Outstanding Senior Athletes.  The honor came during the annual Athletic Awards Program, held Tuesday night, May 19.  Student athletes from all winter and spring sports were recognized for their accomplishments during the program.

Varsity Coach Kelly Campbell introduced her team, which finished the season with a 11-15 record.  Campbell presented the “Hustle” Award to Britni Bertelli.  Brooke Wheeler was named the MVP, and Chelsea Edmondson and Rachel Daw shared “Most Improved” honors.
“I couldn’t ask for a better bunch of girls to work with and coach,” commented Campbell.

Jonathan Howren was named Most Improved.  Justing Alderton was the Newcomer of the Year.  Michael Brennan was the Most Valuable Player, and Matt Morrow and Ethan Allen shared the Indian Pride award.

Zach Nixon was the MVP.  Jack Bunker was this year’s Most Improved golfer, and Michael Campbell was Most Consistent.