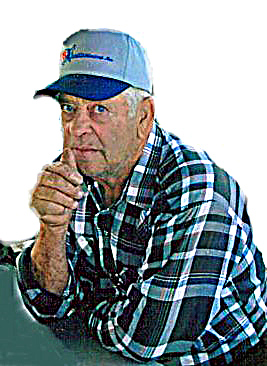 Other survivors include his daughter, Janet Louise Boltz and her husband
Roy of Revere, MO, a son, John Roberts of Kahoka, MO, three grandchildren, David Boltz
and his friend, Jacqueline Plenge, Robert Boltz and his friend, Amber Christy
and Michelle Roberts, and several nieces and
nephews.

He was
preceded in death by his parents, two brothers and one
sister.

Eddie was a veteran of the United States Army and proudly served his
country during World War II in Japan and the
Philippines.

Him and his wife Norma owned and operated Revere Feed and Farm Supply
Store in Revere, MO for many years.

Eddie was a
member of the V.F.W. Post 4342.  He
farmed all of his life and loved working and staying
busy.

Funeral services were held 10 a.m., Saturday at the Vigen Memorial Home
in Kahoka, MO with Pastor Shawn McAfee and Pastor Ray Gilbert officiating.  Burial with military rites was in the
Kahoka Cemetery.

Visitation was held after 1 p.m. Friday with the family meeting
friends from 6 – 8 p.m. at the funeral
home.

Musical
selections were “On Eagles Wings,” “Amazing Grace” and “Deck of
Cards.”

Memorials may be made to
Clark County FFA or to Blessing
Hospice.

Online
condolences may be made to the family at
www.vigenmemorialhome.com.

Windows Live™ SkyDrive™: Get 25 GB of free online storage. Get it on your BlackBerry or iPhone.