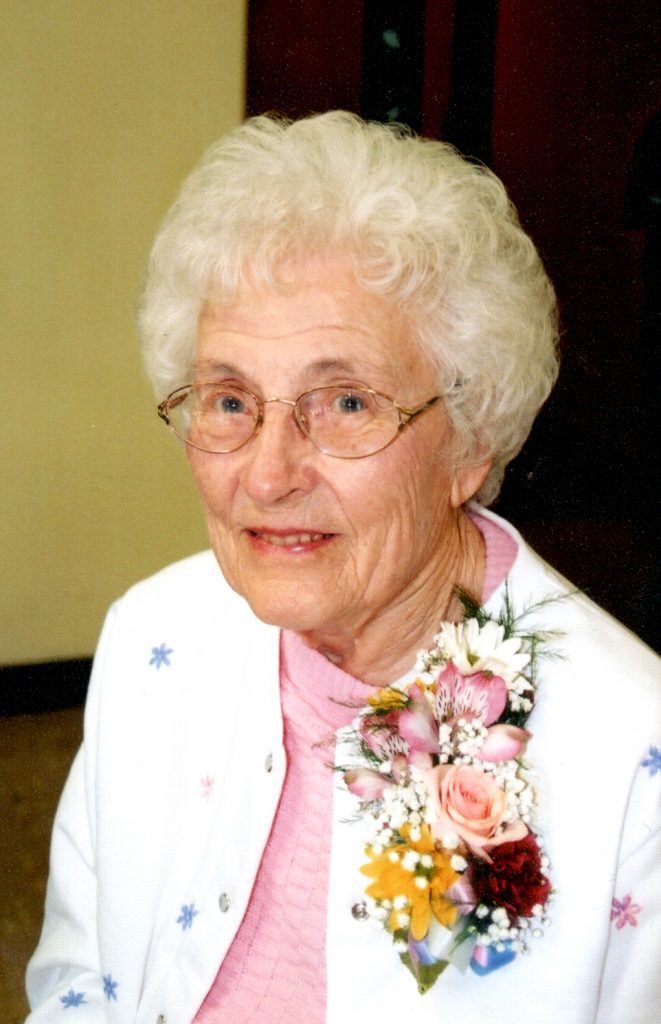 She was born June 12, 1918 in
Scotland County the daughter of Howard and Beulah (Miller) Goosey.  She attended grade schools in Scotland
County and one year of high school in Laclede, MO.

To this union three children were
born – two daughters and a son.  After
Mary and Alva were married, they spent most of their time living on farms north
of Arbela and raising their family.   In
1975 they moved to Arbela, where they lived for over 27 years.

The Howells were Christians and
tried to live their lives according to Christian principles.  They were both baptized by the Christian
Church on November 30, 1941, and they were lifelong members.  Mary loved her church and attended regularly
when she was able.  She spent many hours
visiting fellow members and friends in the nursing home.  She helped many times with meals for
families after or before funerals, she also helped with the meals-on-wheels program
in Memphis.

Mary was well known in the area as
a kind, caring woman who could not get enough food on the table for her friends
or family gatherings.  She was always
wanting you to eat something or asking if you wanted more.  She enjoyed being outside working in her
garden, mowing the yard, working with Alva on the farm, taking walks and
playing with grandkids. She enjoyed her (sometimes too many) cats.  Mary was known for the wall papering and
painting that she and Alva did around the Memphis and Kahoka area.

One of her many accomplishments was making quilts for all
the grandkids and great grandkids.  She
spent many nights embroidering or quilting.

Mary spent the past six-plus years
at the Clark County Nursing Home in Kahoka following a stroke in December
2002.  Although she was not where she
wanted to be and not feeling like she should, Mary still maintained a great
attitude, enjoyed company, especially from her children and grandchildren.  She enjoyed the church services that were
offered at the Nursing Home and had many nurses and nurse’s aids as friends.  Her daughter, Arlene, spent many hours at
the nursing home making sure her mom was taken care of.  Mary loved her family and she was loved by
her family and friends.

She was preceded in death by her
parents; her husband, her step father William H Briggs, her sister Beulah Hays
Holman and two brothers Harold and Okla David “Jack” Goosey.

Memorials
are suggested to the Hancock Co. (IL) Hospice, the First Christian Church, or
the donor’s choice and can be left at or mailed to the Gerth Funeral Service,
115 S. Main St., Memphis, MO 63555.

Condolences
may be sent to Mrs. Howell’s family via email at gerths@gerths.com.