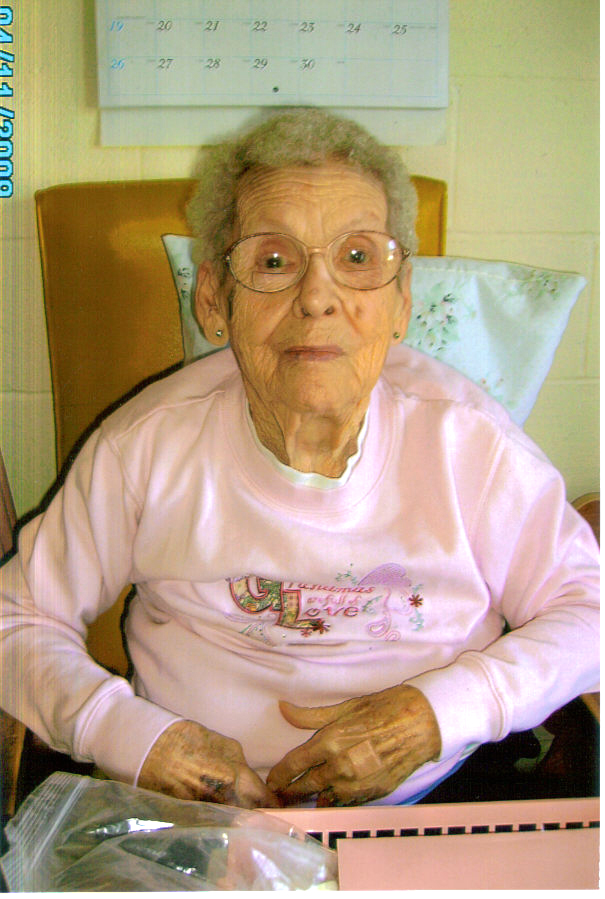 She was born April 11, 1909, the daughter of John and Minnie
Kathryn “Kate” Leftwich Bayne in Clark County, Missouri near Gregory Landing.  On February 26,
1926, she was
united in marriage to Reuben J. Logsdon in Keokuk, Iowa.
He preceded her in death on June 29,
1961.

She was a member of St. Michael’s Catholic Church in
Kahoka, MO and the Alter Rosary Society.  She was also a member of the Eagles Lodge of
Canton, MO, and the Loyal Order of the Moose #1432 of Kahoka.  Vivian and her husband owned and operated a
store in Derrahs and Wayland, MO.
In 1971, Vivian moved to Kahoka and operated Vivian’s Tap.  To many she was known as
“Grandma”.

She was also
preceded in death by her parents, a daughter, Betty Lou Kirchner and her husband
John Nick, a sister, Mable Sommers and one
grandchild.

A Mass of Christian burial will be held 10
a.m.
Wednesday at the St. Michael’s Catholic Church with Father James Wheeler
officiating.  Burial will be in the
St. Patrick Cemetery.

A Christian vigil service will be held 5:30
p.m. Tuesday
at the Vigen Memorial Home in Kahoka, MO.

Visitation will be held after 1 p.m. Tuesday with the family meeting
friends from 6 – 8 p.m. at the Vigen Memorial Home in
Kahoka.

In lieu of flowers memorials may be made to the
St. Patrick Cemetery.

Online
condolences may be made to the family at
www.vigenmemorialhome.com.