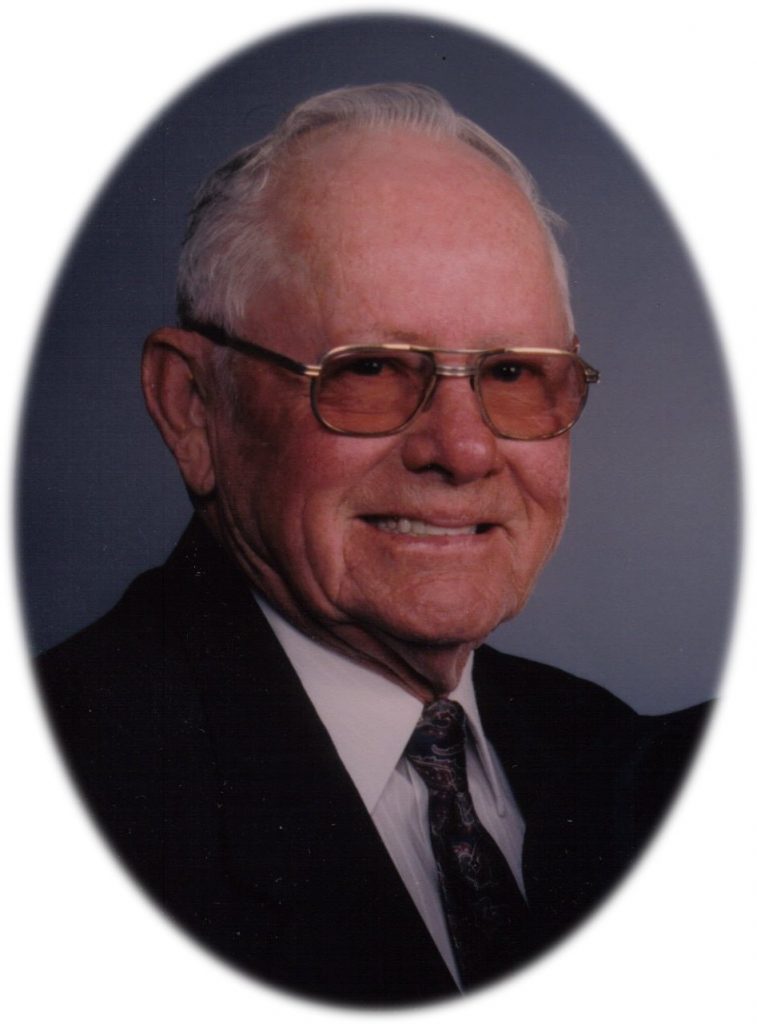 Merle Ray Head, 84, of Novelty, Missouri, died Wednesday, June 17, 2009, at the Boone Hospital Center in Columbia, Missouri.
Merle was born on March 9, 1925, in Novelty, Missouri, the son of Clifford and Nora Duggan Head.
He was raised in the Novelty area and attended the Novelty High School before being called to serve his country in the United States Navy, during World War II.
Merle married Hazel Roberta Ray on June 22, 1945 at the Knox County Courthouse in Edina, Missouri while on leave from the Navy.
Merle and Roberta moved to a home on the family farm near Novelty, Missouri when he was discharged. In 1972 they moved into Novelty to make their home.
Merle was a member of the Locust Hill Community Church and the Novelty American Legion Post.
He is survived by his son, Jim and his wife Betsy Head of Moberly, Missouri; two grandchildren, Amy Head of Moberly, Missouri and Cliff Head of Centralia, Missouri; a great grandson, Maxwell Head of Moberly, Missouri; a brother-in-law, John Ray of Southwest City, Missouri; two sisters-in-law, Connie Ray of Shelbyville, Missouri and Jean Ray of Novelty, Missouri; several nieces and nephews and a host of friends and neighbors.
Merle was preceded in death by his wife, Roberta Head on February 27, 2008, his parents Clifford and Nora Head and a brother, Cecil Head in 1993.
Funeral Services were Saturday, June 20, 2009, at 10:00 a.m. at the Doss Funeral Home in Edina, Missouri.
Military Graveside Honors with the Ira Barclay American Legion Post #290, Cyril A. Graham American Legion Post #261 and Knox County VFW Post #4822 were at the Locust Hill Cemetery west of Novelty, Missouri.
Reverend Reese Blaine officiated and music was provided by Ed Anderson and Nancy Heimann. Casket Bearers were Gilvie Franke, Tom Hamlin, Kent Bohon, Tom Nelson, Gary Scott and Don Roper.
An expression of sympathy in memory of Merle Head may be left to the Novelty American Legion or the Locust Hill Cemetery. A memorial may be left at or mailed to the Doss Funeral Home 208 N. 4th Street, Edina, Missouri 63537.