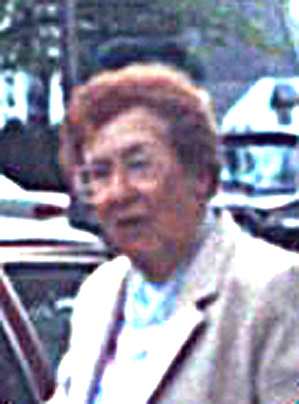 She was born on August 10, 1915, near Chambersburg, MO, in the Bethlehem
community, a daughter of William and Dorothy McWilliams Hopp.

Survivors include a brother-in-law, George Heinze, of Kahoka, MO; several
cousins and their families; and special friends for many years, the Leroy
Frazier family.

She was preceded in death by her parents; a sister, Vera Heinze; and one in
infancy.

She was a life-long educator, serving as both teacher and principal through
the years. She cared for her mother for many years as well as being a full-time
farmer and teacher. She checked livestock twice a day until she was no longer
able to drive and even named her cows. She also enjoyed her cats and dog who
were like family to her.

As a child and young adult she attended the Bethlehem Church and served on
the cemetery board. She was a member of the D.A.R. and was a history buff. She
was also a member of the Clark Co. Retired Teachers.

Funeral services were held Saturday, July 18, 2009, at 10:00 a.m. at the
Wilson Funeral Home in Kahoka with Pastor Mark Boley officiating. Special music
was recordings “In the Garden” and “The Old Rugged Cross”.

Burial was in Bethlehem Cemetery.

Visitation was held after 8 a.m. Saturday until time of services.

Memorials in lieu of flowers were requested to the Bethlehem
Cemetery.