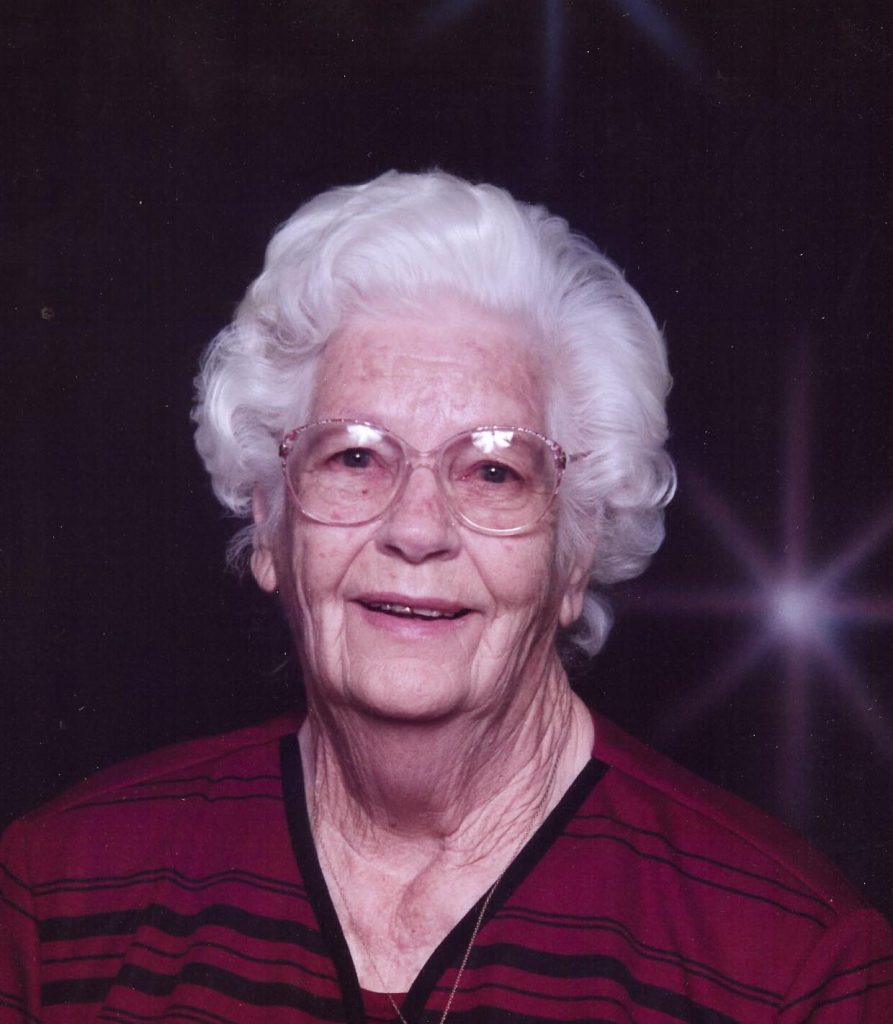 Nellie May Cardwell, age 90 of Norborne, Missouri, formerly of Memphis, Missouri, died Tuesday, July 21, 2009, at Norborne, Missouri.
She was born at Elijah, Missouri, on August 13, 1918, the daughter of Jody and Bessie Doughtry Grisham.
She was united in marriage to Carl Westmoreland in 1937 and he preceded her in death. To this union four children were born.
In 1963 she was united in marriage to William Junior Cardwell and he preceded her in death in 1997.
She was also preceded in death by her parents, one daughter Lucille Hicks and four brother and sisters.
Surviving are three children, Lenora Francis of Norborne, Missouri, James R. Westmoreland of Kirksville, Missouri, and Helen Schoonover and husband Dick of Kirksville, Missouri, twelve grandchildren, Jim and Cathy Francis, Debbie and John Harper, Jeffrey and Hattie Francis, Eddie and Barbara Hicks, Terry and Patty Hicks, Gary and Wanda Hicks, Randy and Barbara Weatherman, Jimmy and Holly Westmoreland, Tracy and Marty Jones, Steve and Shelley Long, Chuck and Nicole Long and Rob and Mindy Long, numerous great grandchildren and great-great grandchildren, nieces, nephews and cousins.
Nellie May was raised at Elijah, Missouri where she received her education. She was a housewife and homemaker. She lived for thirty-four years south of Edina, Missouri where she and her husband were engaged in farming. For ten years she resided at Memphis, Missouri where she lived with her daughter and for the last year has resided with her daughter at Norborne, Missouri. She raised chickens and hogs and enjoyed fishing, cooking gardening and spending time with family and friends.
Graveside services were held 11 a.m. Thursday, July 23, 2009, at the I.O.O.F. Cemetery in Hurdland, Missouri. The Reverend Dan Todd officiated the services. There was no visitation. Casket bearers were her grandsons.
Memorials may be made to The Church of Christ at Memphis, Missouri. Memorials may be left at or mailed to Hudson-Rimer Funeral Home, P.O. Box 1, Edina, Missouri, 63537.
Condolences may be left at hudsonrimerfh.com