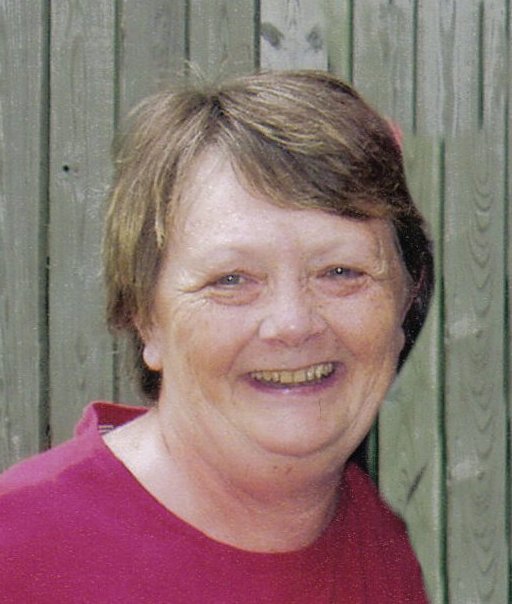 Vivian Kay Davis, 56, of Edina, Missouri, died Saturday, July 25, 2009, at the Blessing Hospital in Quincy, Illinois.
Vivian was born in Kirksville, Missouri, on August 18, 1952, the daughter of James Robert and Virginia Katherine Janes Vanskike.
She was raised in the Newark Community, where she attended grade school before graduating from the Knox County High School in the Class of 1970.
Vivian sold Avon for a number of years, worked for the I.G.A. Supermarket in Edina, Missouri before working 15 years at the Shoe Factory and more than 16 years at Hollisters in Kirksville, Missouri.
Vivian married Gary Davis and to this union a daughter, Kimberly, was born. They resided in Knox City, Missouri for a number of years before moving to Edina to make their home in 1996.
She was a member of the First Baptist Church in Edina, Missouri, and was active in fund raising anytime a fellow worker was in need. She loved flea markets and yard sales and had one of her own for a number of years. Vivian enjoyed spending time with the children of the family and especially loved the time spent with her grandson, Christopher.
Vivian is survived by a daughter, Kimberly and her husband David Yahl of Kirksville, Missouri, and a grandson, Christopher. Her step mother, Anna Lee Vanskike of Newark, Missouri; two sisters, Valerie Anderson and Lewis Bradley of LaBelle, Missouri and Vanessa and her husband George Fifer of Ewing, Missouri; a sister-in-law, Jerry Gragg of Edina, Missouri; nieces and nephews, Dusty Anderson of Canton, Missouri, Desarae and her husband Mark Blickenstaff of Canton, Missouri, Noah Fifer of Ewing, Missouri, Gene and his wife Ellen Gragg of Muncie, Indiana; great nieces and nephews, Damien Anderson, Ariella Bradley, Kate and Brad Gragg, Dominick and Kaiden Blickenstaff; an aunt and uncle, Kenneth and his wife Lavaun Janes of Clarence, Missouri; and a host of friends and neighbors.
She was preceded in death by her husband Gary Davis, on October 31, 2006; her parents, James and Virginia Vanskike and a brother, Gary Bob Vanskike, in infancy.
Funeral Services will be Wednesday, July 29, 2009, at 11:00 a.m. at the Doss Funeral Home in Edina, Missouri.
Visitation will be after 4:00 p.m. Tuesday, July 28, 2009, with the family receiving friends from 6:00 to 8:00 p.m. at the funeral home in Edina, Missouri.
Burial will be in the Missouri Veterans Cemetery in Jacksonville, Missouri.
Brother Dennis Huskisson will officiate and Pastor Kevin McChesney will assist. Casket Bearers will be Phil Gragg, Mark Blinkenstaff, Bob Yahl, Mike Kite, Mike Stauffer, and Charlie Houghton, along with Honorary Bearers, Gene Gragg, Jack Bishop, Jim Meskimen, George Fifer, Lewis Bradley and Donnie Davis.
An expression of sympathy in memory of Vivian Davis may be left to the Christopher Yahl Education Fund. A memorial may be left at or mailed to the Doss Funeral Home 208 N. 4th Street, Edina, Missouri 63537. www.DossFuneralHome.com