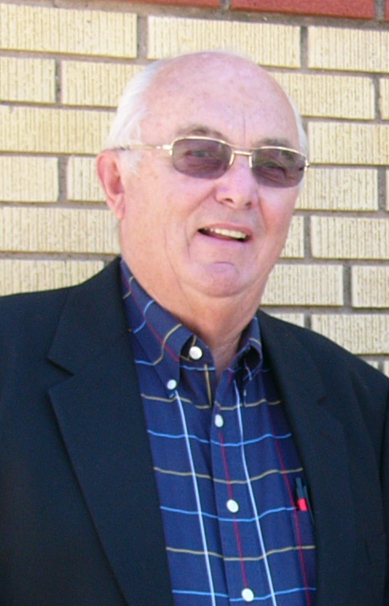 Robert Homer Smith, 70, of Monroe City died in his home on
Monday, August 3, 2009.  He and his
wife, Hazel, were the former owners of The Media, The Edina Sentinel, The
LaBelle Star, Star Printing in Kahoka and former partners in A&S Printing
in Monroe City.  He was presently
serving as Economic Development Coordinator for the City of Wayland.

He was born November 28, 1938, in Clinton, Iowa to Homer
Henry and Effie Geneva Baker Smith.  He
was a 1957 graduate of Dallas Center High School, Dallas Center, Iowa; a 1959
graduate of Wentworth Military Academy in Lexington, Missouri, and a graduate
of the United States Naval Academy.  He
was employed by the State of Iowa for a number of years before moving to
Kahoka.

A sports enthusiast, Smith played basketball, baseball and
football in high school, played basketball at Wentworth, and rowed crew at the
Naval Academy.  He also enjoyed golfing,
fishing and hunting.  A skilled trap
shooter, he was once named one of the 20 best trap shooters in Iowa.

He was a member of the Monroe City Christian Church.

Funeral services will be held at 1:00PM, Thursday, August 6,
2009 at the Garner Funeral Chapel in Monroe City, Missouri.  Rev. Steve Gougnour will officiate, and
burial will be at the St. Jude Cemetery in Monroe City.

Visitation will be from 6:00 to 8:00PM Wednesday evening at
the Garner Funeral Home in Monroe City.

Memorials have been suggested to the Monroe City Nutrition
Center in Monroe City.

Garner Funeral Home and Chapel, Monroe City, are in charge of
arrangements.