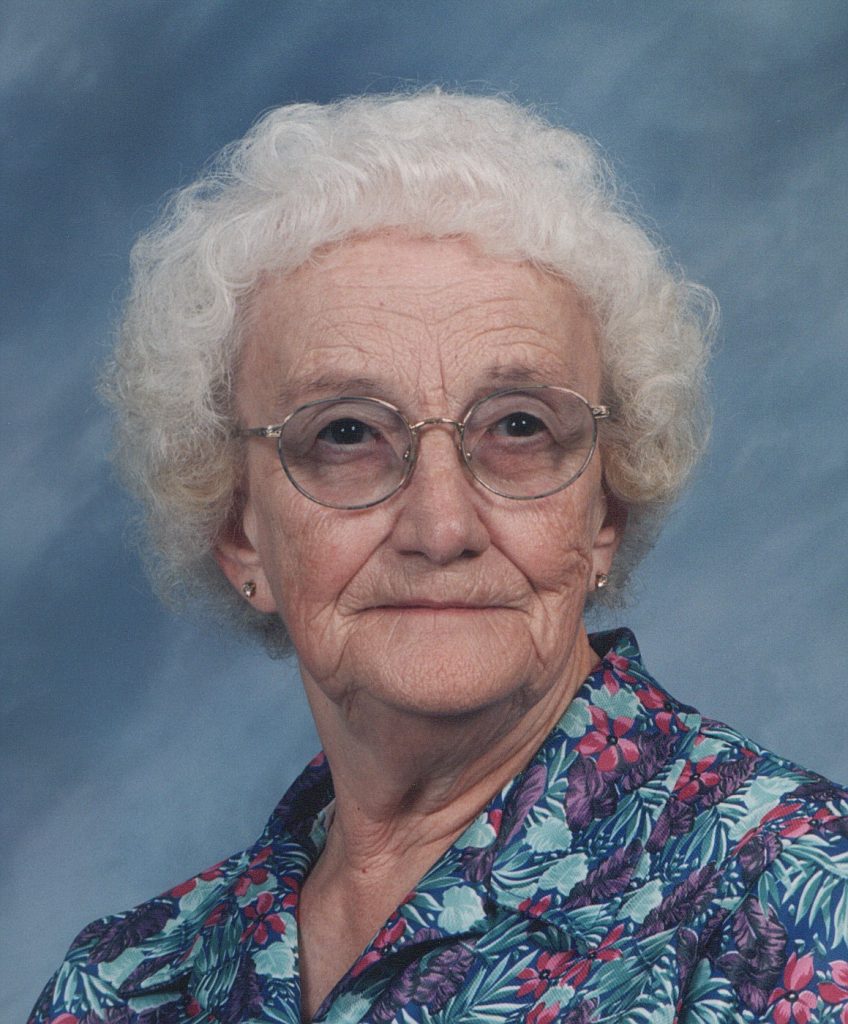 Alma Martina (McDermott) Langwell, 85 of Keokuk died
peacefully at home with her family at her side on Friday, August 7, 2009 when
she lost her battle with cancer.

She was born on
July 23, 1924 in Antioch, MO a daughter to Martin Eugene & Mary Katherine Baum
McDermott.

Alma married Glenn Edward Langwell on May 5, 1946 in
Catholic Shrine of Saint Patrick in Saint Patrick, MO; he preceded her in death
on April 5, 1982.

Alma was a wonderful mother, wife and grandmother.  She worked at Purity Oats, Swifts, The
Ammunition Plant, Shellor Globe and then became a United States Rural Postal
Carrier for rural route 1 and 2 until 1984.
Upon retiring, the lord was a big part of her life.  She was a member of All Saints Catholic
Church in Keokuk.  She enjoyed her
children and grandchildren and she liked gardening and traveling when she
could.

Mass of Christian Burial will be at 10:00 A.M. on Wednesday,
August 12 at All Saints Catholic Church with Rev. Robert Lathrop
officiating.  According to her wishes
she well be laid to rest in Sunset Memorial Garden next to her husband for all
eternity.  Visitation is at Greaves
Mortuary in Keokuk on Tuesday after 3:00 P.M. and family meeting with friends
from 6 to 8.  There will be a Christian
Vigil Service at 7:30.

Memorials may be made to American Cancer Society and Lee
County Hospice.