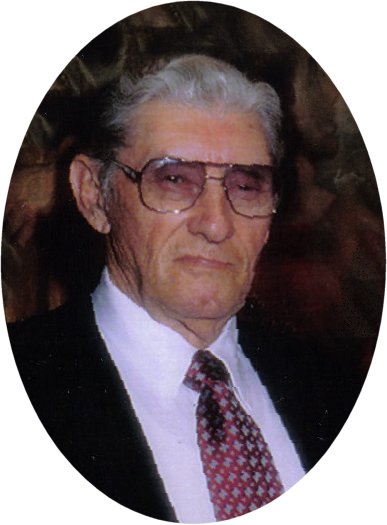 Robert E. “Bob” Poore, 83, of Edina, Missouri, formerly of Hurdland, Missouri, died Tuesday, September 8, 2009, at the Knox County Nursing Home in Edina, Missouri.
Bob was born on January 21, 1926, in Bethel, Missouri, the son of Ray E. and Mary G. Smith Poore.
He attended rural schools near Bethel and Newark, Missouri, before moving to Hurdland and graduating from the Hurdland High School in the Class of 1944. He owned and operated his own trucking company until 1972.
On November 24, 1949, in Kirksville, Missouri, Bob married Elizabeth Garnett and to this union two children were born.
Bob was a member of the Hurdland Baptist Church and attended the Edina Baptist Church, served on the Mark Twain Telephone Board of Directors for more than 20 years and the Knox County Mutual Insurance Board of Directors, where he sold insurance for a number of years. He also represented Cameron Mutual Insurance and Square Deal Hail Insurance.
His hobby was farming from Hurdland to Bethel with both row crop and Hereford Cattle. Most of all Bob enjoyed eating out and spending time with his grandchildren.
Bob is survived by his wife, Elizabeth Poore of Edina, Missouri; two children, Claudia and her husband Les Sandknop of Rockwall, Texas and Ron and his wife Kathy Poore of Edina, Missouri; four grandchildren, Ryan and Preston Sandknop and Jodi and Royce Poore; three brothers, Thompson and his wife Charlotte Poore of Quincy, Illinois, Mason and his wife Carol Ann Poore of Columbia, Missouri and Frank and his wife Betty Poore of Quincy, Illinois; a sister, Mary and her husband Roy Blackford of Shelbyville, Missouri; a half sister, Barbara Brown of Greeny, Illinois; along with numerous nieces, nephews, cousins and a host of friends.
He was preceded in death by his parents, Ray and Mary Poore; three brothers, Jim Poore, Richard Poore and Donald “Doc” Poore; and a sister, Martha Hulcher.
Funeral services were Friday, September 11, 2009, at 11:00 a.m. at the Doss Funeral Home in Edina, Missouri.
Visitation was after 4:00 p.m. Thursday, September 10, 2009, with the family receiving friends from 5:00 to 7:00 p.m. at the funeral home.
Burial was in the Park View Memorial Gardens in Kirksville, Missouri.
Reverend David Howald officiated and was assisted by Pastor Doug Wilson and Reverend Kevin McChesney, also music was provided by Alice Gosney. Casket Bearers were Herchell Knaack, Alan Dixson, Glen Moots, Harold Vansickle, Joe Cunningham and Bill Rohde.
An expression of sympathy in memory of Bob Poore may be left to the Knox County Nursing Home. A memorial may be left at or mailed to the Doss Funeral Home 208 N. 4th Street, Edina, Missouri 63537.