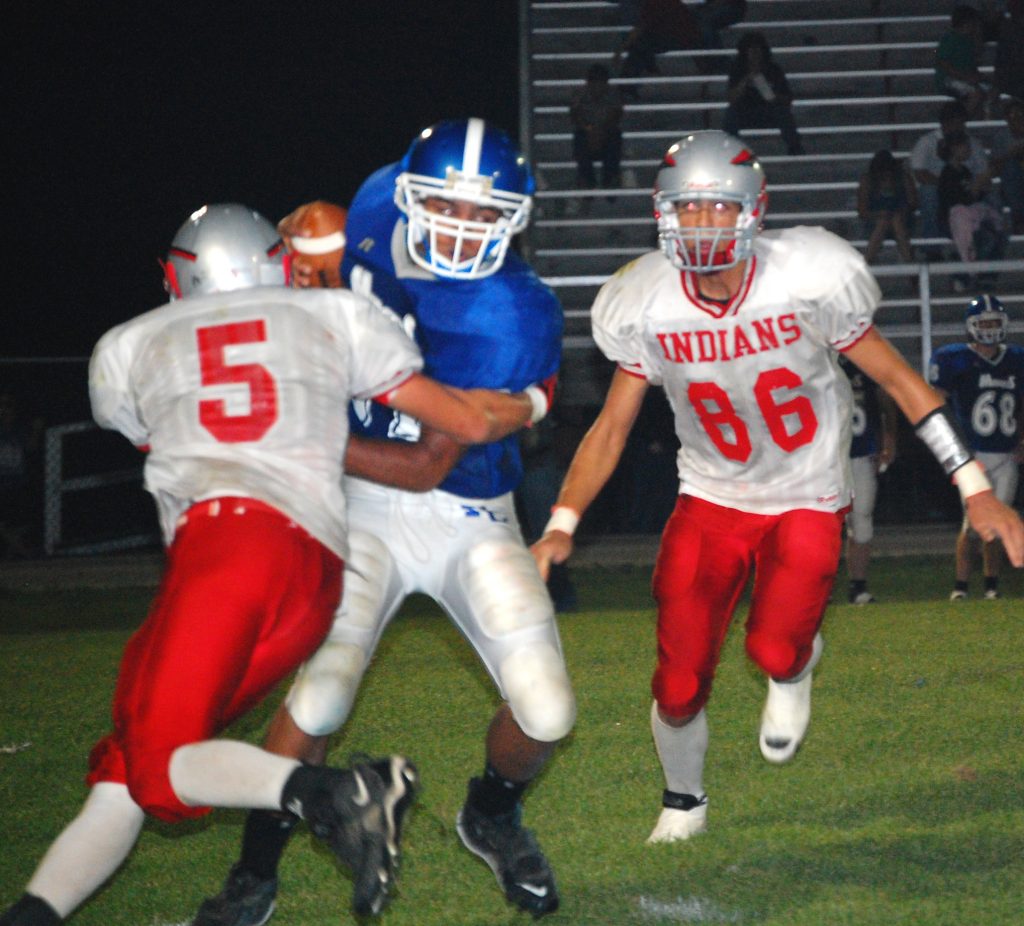 Putnam County moved the ball deep into Indian territory on
their next possession, but the Indians D stood up again with a sack, followed
by another pounding sack by Jonathan Howren and Ryan Whiston, and the Indians
took over again on the 32 yard line.

This time, the Indian drive fell apart after a combination
of penalties and incomplete passes, and the Indians’ punt went all the way to
the Putnam 5 yard line.

Again the Midgets were forced to punt, and Clark County go
the ball on their own 48-yard line Justin Alderton scored on a 17 yard run with
3:41 left in the half.  The PAT kick by
Zach Nixon was good, and the Indians were ahead 20-0

Clark County had two more chances to score in the first
half, but headed into the locker room with a comfortable 20-0 lead.

The Big Red’s first drive of the second half was stopped by
a solid Midget defense, and the Indians had to punt.    Four plays later, the Indians got the ball back after the
Midgets, too, had to punt.

The Indians started their next possession, and mounted a
13-play, 51 yard scoring drive, capped by Mason Owen hauling in a 4th
and seven yard pass in the end zone to give the Indians a 26-0 lead.  Nixon’s kick was good, and Clark County lead
27-0

The Indians would pick up one more touchdown late in
the game, as Whiston broke free and ran 42 yards for the score with just 2:02
left in the game.  The PAT by Nixon was
good, and Clark County won 34-0.