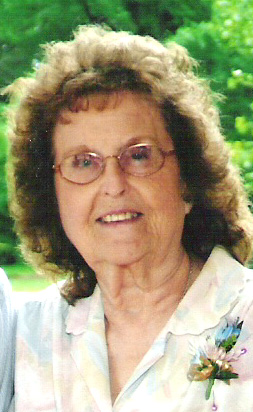 Born
November 11, 1937 in Farmington, Iowa the daughter of Harold and Mildred
Stevens Fine. On June 8, 1958 at the Farmington United Methodist Church she
married Roger Holland.

She
was preceded in death by her parents, and one brother Francis Lee Fine.

Lois
was an owner and operator of the H & K Pony Express in Farmington, there
she enjoyed preparing meals, making pies and visiting with customers and
friends. Lois had worked at Sheaffer Pen Co. in Fort Madison, The Tasty Freeze
in Farmington and was a homemaker. She enjoyed playing cards, sewing, old cars,
baking and attending auctions. Lois was a 1955 graduate of the Farmington High
School. She loved the Farmington Homecoming Parade and Banquet, her
grandchildren’s sporting events, horse shows and family get-togethers.

Friends
may call after noon on Wednesday at the Schmitz-Lynk Funeral Home and Crematory
in Farmington. The family will meet with friends from 6-8 P.M. Wednesday
evening.

Funeral
services will be held at 1:30 P.M. Thursday September 17, 2009 at the
Farmington United Methodist Church with Pastor Paul Rekward officiating. Burial
will be in the Greenglade Cemetery in Farmington.