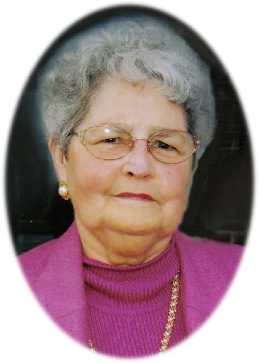 Patricia Ellen McCabe, 74, of Peoria, Illinois died Thursday, October 1st , 2009, at the Proctor Hospital in Peoria, Illinois.
Patricia McCabe was born on February 18th, 1935, the daughter of Johnnie and Florence (McMahon) Delaney, in Baring Missouri.
On May 14th, 1960, in Quincy, Illinois, Patricia married Archie Leon McCabe.
Patricia is survived by her husband Archie “Leon” McCabe of the home in Peoria Illinois, a sister, Joann (Delaney) Echternacht of Leonard Missouri, four nieces, Connie (Dailing) and her husband David Lawson of Baring Missouri, Cindy (McCabe) and her husband Jack Guthrie of Jefferson City, Missouri, Carol McCabe of Rutledge, Missouri, Cheryl (McCabe) and her husband Jim Nowell of Gower, Missouri; one nephew, Dick and his wife Cindy Dailing of Watertown, Minnesota, a sister-in-law, Eilene McCabe of Rutledge, Missouri and several great nieces and nephews, cousins and a host of friends.
She was preceded in death by both her parents, Johnnie and Florence Delaney; and two brothers-in-law, Hillis McCabe and Bill Echternacht.
Patricia was raised in Baring, Missouri and graduated from the Baring High School in the Class of 1953. She continued her education with the St. Mary’s School of Nursing in Quincy, Illinois and later received a degree as a Nurse Practitioner with the University of Illinois, School of Medicine in Peoria, Illinois. Patricia and Leon lived in Peoria for the last 40 years and retired as a family nurse practitioner from the University Illinois School of Medicine, 11 years ago. She also worked for a number of years for Saint Francis Hospital in Peoria and Doctors Flattery and Cooper Orthopedic Surgeons also of Peoria. Patricia was loved by all of her family and many friends, who will miss her dearly.
A Christian Burial Service was held on Sunday, October 4th, 2009 at the St. Aloysius Catholic Church in Baring, Missouri with internment in the Pauline Cemetery in Rutledge Missouri.
Father Joseph Hoi officiated and music was provided by Katie and Maggie Delaney along with Brent Karhoff. Pall Bearers were Jack Guthrie, Jim Nowell, David Lawson, Nick Oldham, Dick Dailing and Jon Guthrie.
The family suggests that memorials, in memory of Patricia McCabe, may be given to a charity of choice in Patricia’s name. Memorial may be left at or mailed to the Doss Funeral Home 208 N. 4th Street, Edina, Missouri 63537.