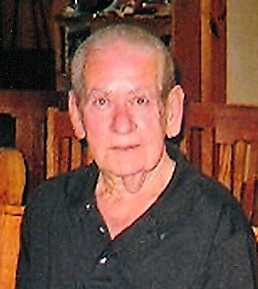 Donnie Ray Mullins, age 74, of Newark, Missouri, died Friday, October 9, 2009, at his home at Newark, Missouri.
He was born on July 10, 1935 at Quincy, Illinois, the son of John and Iva McDowll Mullins.
He was united in marriage to Nancy McKinney on June 22, 1968, at Hannibal, Missouri and she survives. Also surviving are four children Don Mullins Jr. of Arkansas, Judith Mullins of Quincy, Illinois, Debbie Franks and friend Hubert Sharpe of LaBelle, Missouri, and Jeffrey Miller and wife Connie of Knox City, Missouri, one brother Joseph Mullins and wife Donna of Payson, Illinois, one twin sister, Bonnie Huddleston and husband Junior of Liberty, Illinois, and five grandchildren. He was preceded in death by his parents.
Donnie was raised in Liberty, Illinois where he graduated from Liberty High School. He served his country in the United States Army from November 1955 to October 1957.
Donnie and Nancy lived for several years in Quincy, Illinois where he was employed at Packaging Corporation. Donnie and Nancy then moved to Newark, Missouri, where he drove a truck for Kelley’s Rock Quarry and later for Knox County.
Donnie was a member of the Beverly Methodist Church at Beverly, Illinois. Donnie enjoyed fishing and mushroom hunting.
Funeral services will be held 2 p.m. Tuesday, October 13, 2009, at the Hudson-Rimer Funeral Home at Edina, Missouri. Reverend Sam Smith will officiate the services. Burial with full Military Honors will be in the Newark Cemetery conducted by Knox City American Legion Post # 358. Casket bearers will be Hubert Sharpe, Art Simmons, Alan Glover, David Walker, Ronnie Buswell and Sandy Browning. Honorary bearer will be Donald Lindsey.
Visitation will be after 4 p.m. on Monday, October 12, 2009, with the family receiving friends from 6 p.m. to 8 p.m. in the Hudson-Rimer funeral Home in Edina, Missouri.
Memorials may be made to the Newark Cemetery or Newark Fire Department and may be left at or mailed to Hudson-Rimer Funeral Home, P.O. Box 1, Edina, Missouri, 63537.
HUDSON-RIMER
FUNERAL HOME