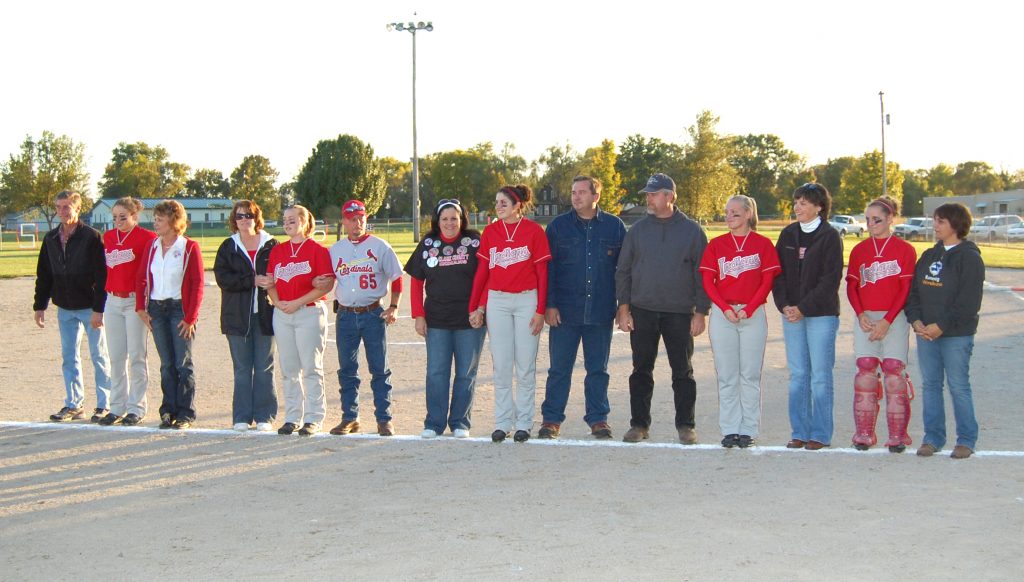 Lady Midgets Rally To Down Clark County On Senior Night

The Clark County Lady Indians lost a heartbreaker in their final home game of the 2009 season, falling to Putnam County 9-8.  The Lady Midgets came up with five runs in the seventh to steal the home win away from the Indians.
In the first inning, Brianna Alderton singled, and was driven home by a Brooke Wheeler triple.
Chelsea Edmondson led off the second inning with a single, and advanced on a sacrifice bunt by Cady Flood.  Deanna Shoup doubled, scoring Edmondson.  Megan Brenna tripled, scoring Shoup.
In the third inning, Alderton was walked, and advanced to second on an error which allowed Wheeler to reach first.  Hannah Trump singled, advancing both runners.  Alderton scored on a fielder’s choice for the only Lady Indian run of the inning.
Tara Sutterfield singled to lead off the fourth inning.  Morgan Bertelli followed with another single.  Wheeler grounded out to advance both runners, and Trump was walked to load the bases.  Sutterfield scored when Edmondson was walked.
In the fifth inning, Shoup singled to lead off the Lady Indians.  Brennan singled, but Shoup was out at second.  Sutterfield was walked, and Miranda Shelangoski took her place.  A Bertelli triple scored both Brennan and Shelangoski.
The Lady Indians were scoreless in the sixth, and in the top of the seventh let and 8-4 lead slip away, allowing five Lady Midget runs to cross the plate.