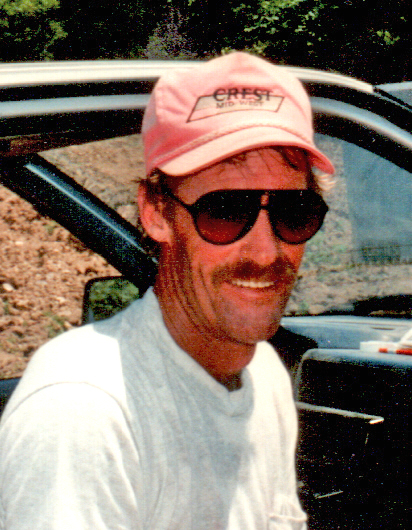 He
was born the son of Donald and Betty Jo (Saxton) Robbins on August 27, 1954 in
Kirksville, MO.

Scott
married the former Milly Coleman on May 28, 1993.  She survives.

Scott
graduated from Scotland County R-1 High School in Memphis in 1972 and then
graduated from Quincy (IL) Tech with a specialty in auto body repair in
1973.   He was the FFA president in high
school and earned the rank of Eagle Scout of God and Country in the Boy Scouts
of America.

He
farmed with his father, working on all the farm equipment and ran the spray
rigs.   He also worked for Fasco driving
a tractor trailer transporting farm equipment.   Scott was also a union stewart with Electric Wheel in Quincy,
IL.

After
his father’s passing, Scott moved to the Lake Ozark area and pursued a career
in construction.   He mastered all
phases of construction such as designing and building million dollar custom
lake homes to supervising multimillion dollar commercial projects.   Scott was involved in the design and
development of a home at the Estates of Lake Ozark that was featured in a 1992
issue of Builders Architect.   He was
currently employed as a superintendent at Stein Construction of Chattanooga,
TN.

Scott
worked all over the United States and enjoyed the challenge and satisfaction of
overseeing a project from ground up.   His
greatest satisfaction in construction was design and trim specialist of
residential custom homes.

He
hunted big horn deer, turkey and enjoyed fishing.   The happiest times of his life were spent with his wife and son,
and visiting friends while telling stories and laughing together.  He put all he had into everything he did
with excellence and perfection.  He was
in the elite group of the Best of the Best.

He
was preceded in death by his father; a sister, Donita Robbins; grandparents
Ivan and Eula Ludwick and Paul and Catheryn Drummond.

He
is survived by his wife, of the home; a son, Donald Eugene Robbins, of the
home; his mother, Betty Jo Bissell of Jefferson City; step sons, Rod Gray of
West Palm, FL and Wm. Paul Goth of Spokane, WA; a brother, David and wife
Elaine Robbins of Marshall, Mo; a sister, Sherry and husband Bill Kupferle of
Jefferson City; numerous nieces, nephews, and other relatives and friends.

Memorials
are suggested to the Donny Robbins scholarship fund, in care of Milly Robbins, and
can be left at or mailed to the Gerth Funeral Service, 115 S. Main St.,
Memphis, MO 63555.

Condolences
may be sent to the Robbins’ family via email at [email protected].