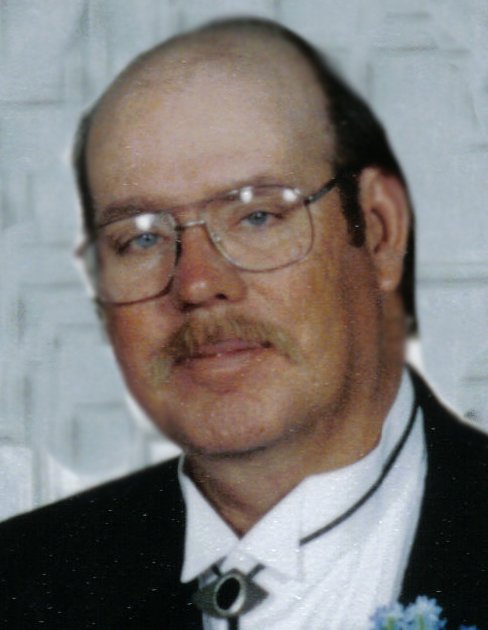 Alan Wayne Parsons, 55, of Baring, Missouri, died Friday, October 30, 2009 at his residence in Baring, Missouri.
Alan was born on August 18, 1954, in Iwakuni, Yamaguchi Ken Air Force Base, Japan, the son of Lyndon Russell and Betty Kathleen McClaran Parsons.
His father served in the military and was stationed in Europe until retiring in 1967. Alan graduated from the Queen City High School with the Class of 1972.
On June 14, 1974, in Baring, Missouri, Alan married Debra Sue Snelling.
They lived a time in Kirksville and Brashear before thy moved to Baring, Missouri, to make their home in 1985. Alan worked at Burroughs in Kirksville and worked as a Signal Maintainer with the Sante Fe and the Burlington Northern & Sante Fe Railroad from 1981 until his health forced him to retire in 2005.
Alan was a member of the Queen City Masonic Lodge #360 AF & AM, the Ancient York Rite and the Moila Shrine Temple of St. Joseph, Missouri. He enjoyed fishing, hunting and playing cards but most of all he loved spending time with his grandchildren.
Alan is survived by his wife, Debbie Parsons of Baring, Missouri; two daughters, Shelly and her husband Jerry Davis of Edina, Missouri and Angie Parsons of Baring, Missouri and special friend Jeremiah Martin of Kahoka, Missouri; two brothers, Chris and his wife Sue Parsons of Kirksville, Missouri and Thomas and his wife Tammy Parsons of Ottumwa, Iowa; two grandchildren, Joseph Eli Davis and Madison Marie Davis both of Edina, Missouri; and numerous nieces and nephews along with a host of friends.
Funeral Services were at 11:00 a.m., Tuesday, November 3, 2009, at the Doss Funeral Home in Edina, Missouri. Visitation was after 4:00 p.m., Monday, November 2, 2009, with the family receiving friends from 6:00 to 8:00 p.m. at the funeral home and a Masonic Service was held at 7:00 p.m.
Pastor Doug Wilson officiated and Casket Bearers were Gerald Snelling, Terry Snelling, Gary Downing, Curtis Sidwell, Steve Magruder, and Randy Reittinger along with Honorary Bearers Danny Humphrey, Tom Moots, Terry Hunolt, Craig Mayer, Ron Stansberry, and John Tarpein.
Burial was in the St. Aloysius Cemetery in Baring, Missouri.
An expression of sympathy in memory of Alan Parsons may be left to the Shriner’s Hospitals or the Grand Children’s Education Fund. A memorial may be left at or mailed to the Doss Funeral Home 208 N. 4th Street, Edina, Missouri 63537.