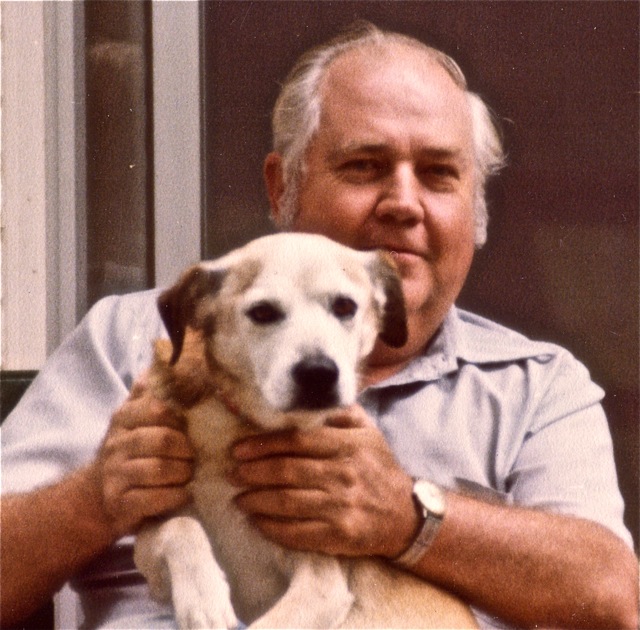 John Brooking Miller, 85, was born in Edina, Missouri on April 8, 1924, the son of John H. and Nannie K. Brooking Miller. He died at his home in Lebanon, Missouri on Friday, October 30, 2009.
He was an aviator in the United States Navy, reaching the rank of lieutenant; a Jeweler and Master Watchmaker; and a cartographer. He married Betty Ellen Wilson on September 27, 1945.
After his service in the Navy, he moved to Florissant, Missouri and worked as a cartographer for the Defense Mapping Agency.
All who knew John appreciated his great storytelling skills and his jokes. He never met a stranger and had a rare capacity to get along with almost anyone. Dogs and cats adored him. At nearly every point in his life, he had a much-loved pet following at his heels.
John’s favorite pastimes were hunting and fishing. Throughout his life, he enjoyed these sports in the vicinity of LaBelle. He and his wife traveled throughout the United States and Canada, especially enjoying the natural scenery. John retired to Lebanon, Missouri where he never tired of the beautiful view from his porch. John’s life revolved entirely around the family that he loved so much.
He is survived by his wife, Betty; daughter Lucinda Signaigo of Camdenton, Missouri; daughter Lisa Miller and her husband, Phil Hennessy of Phoenix, Arizona; grandchildren Jon-Michael Signaigo, Amanda Signaigo, and Nora Hennessy; and his great grandson, Ryan Owens.
Memorial services will be held 11 AM Saturday, November 7, 2009, at the Coder Funeral Home in LaBelle, Missouri. Pastor Joe Jorgenson will officiate the services. Burial will be in the LaBelle Cemetery. Music will be provided by Nora Hennessy, pianist playing “Reverie” by Debussy.
Family will receive friends from 10 am till time of services at 11 a.m. in the Coder Funeral Chapel in LaBelle, Missouri