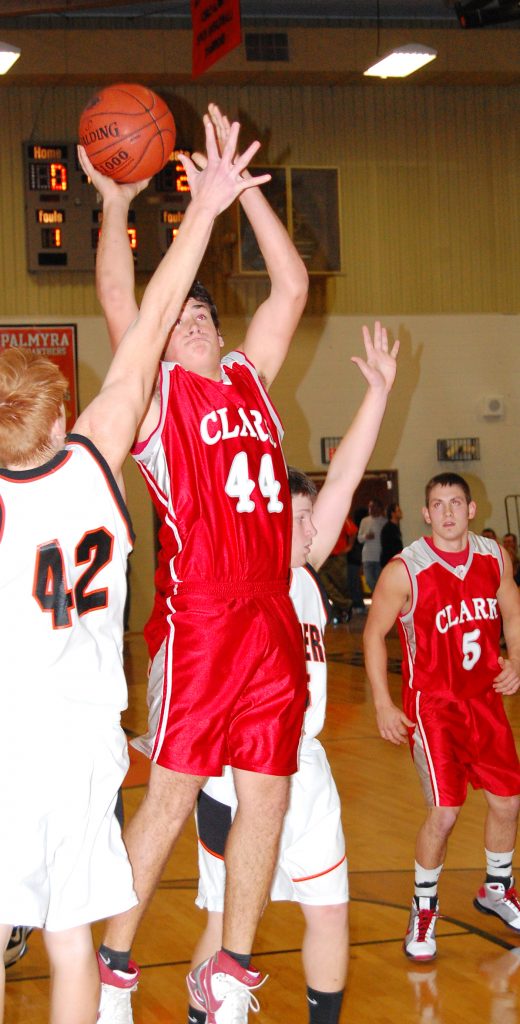 The Clark County Indians opened their 2009-2010 season on the road at Palmyra with a come-from-behind effort that nearly slipped away.
The Indians scored first against the Palmyra Panthers, but were outscored 13-10 in the first quarter.  Justin Alderton and Neal Moon had four points each, with Dakota Armstrong picking up a single bucket.
Both teams had a shaky second quarter, scoring only six each.  Justin Alderton added two more, along with a bucket by Ryan Whiston and two free throws by Justin Oilar, and at the half, Clark County trailed 19-16.
Five Indians scored in the third period as the Indians took the lead 28-26.  Alderton hit a three pointer, Armstrong got a bucket and a free throw, Oilar and Moon each got a basket and Whiston hit a pair from the charity stripe.
Turnovers down the stretch nearly cost Clark County the game as they let an eight point slip away.  Palmyra closed the gap to 36-35 with just seven seconds remaining in the game, and then fouled Dakota Armstrong.  Armstrong got the first of the two-shot free throws, and Clark County’s defense kept Palmyra from getting a clear shot as time expired.
Justin Alderton led the Indians with 11, and Dakota Armstrong had 10.  Neal Moon put in eight points, while Ryan Whiston and Justin Oilar had four each.