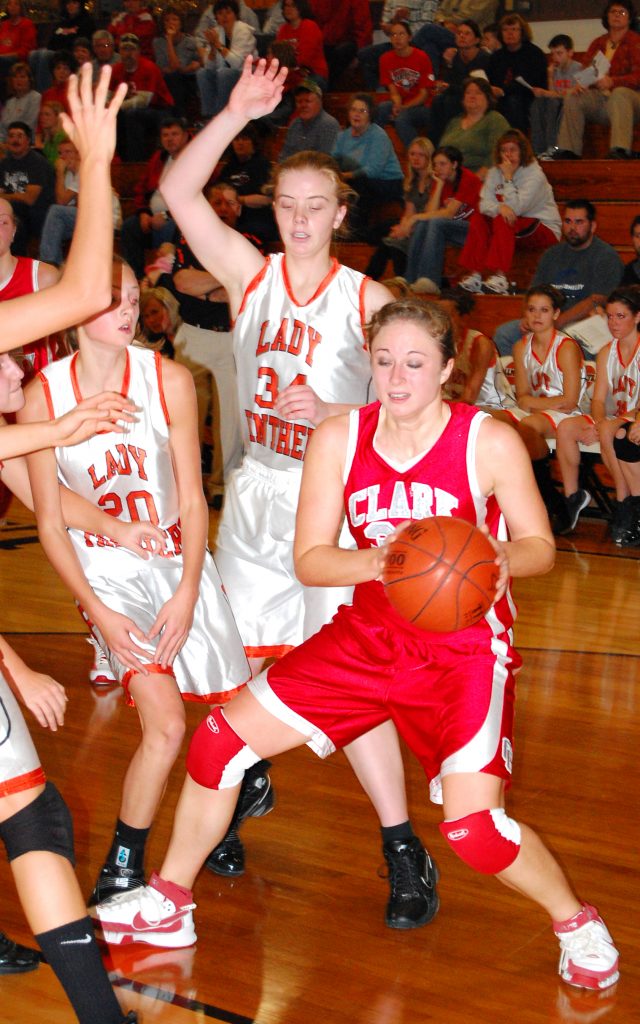 Clark County’s Lady Indians epened their 2009-2010 season on Friday afternoon, November 20, travelling to Palmyra to take on the Lady Panthers.
Early in the first quarter, the two team battled evenly, but Palmyra opened a lead in the final three minutes of the quarter, taking a 14-8 lead.  Chelsea Edmondson led the aearly Lady Indian scoring with four, and Cady Flood and Megan Brennan each had a bucket.
Clark County scored four points in the first minute of the second quarter, and ten in the quarter to trail at the half 23-18.  Brennan added four points, while Brooke Wheeler,Morgan Bertelli and Briana Alderton each had  two.
Both team poured in 16 third quarter points with hot shooting.  Cady Flood led the Indians in the quarter with five.  Bertelli hit a three pointer, and Wheeler, Edmondson, Kayla Buschling and Katie Simpson had two point each.
Clark County really stepped up in the final quarter, as Cady Flood hit 10 points, with Brooke Wheeler adding six more, along with three from Morgan Bertelli to give the Lady Indians a 19 point quarter and a 53-47 win.
Cady Flood led Clark County with 17, followed by Brooke Wheeler with 10.  Morgan Bertelli had eight points, with Megan Brennan and Chelsea Edmondson earning six each.  Kayla Buschling, Katie Simpson and Briana Alderton each had two points.