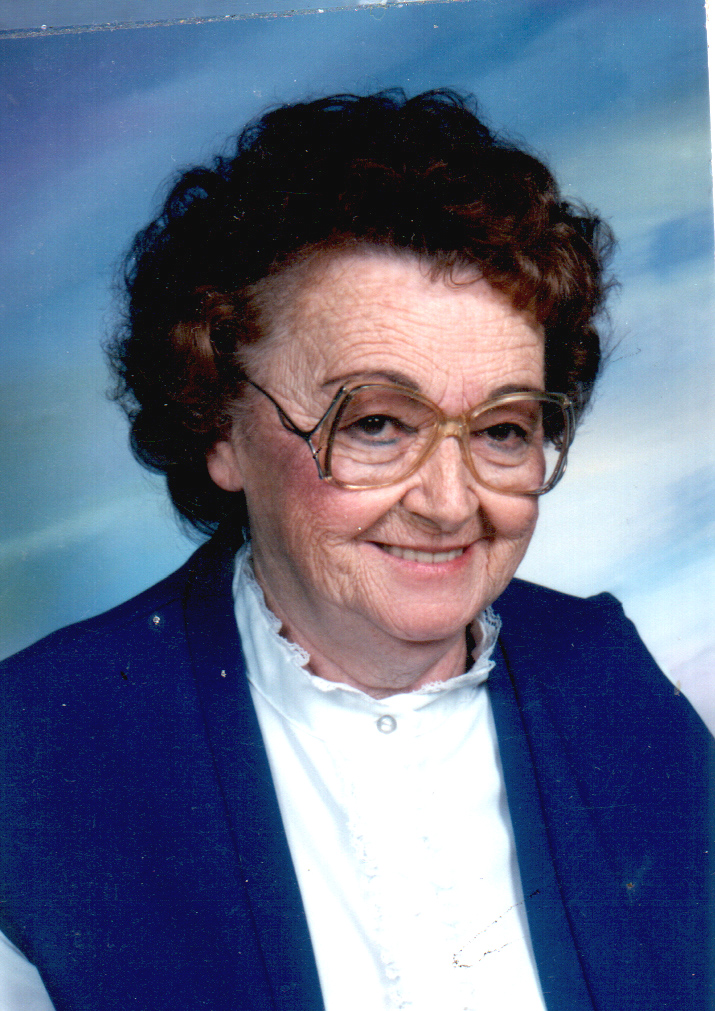 She
was born the daughter of Benjamin Franklin Schafer and Gladys Lucille
(Gladwell) Schafer on May 3, 1926 in Beardstown, IL.

She
was the oldest daughter of 12 children and grew up in Warsaw, IL.

Bessie
graduated from Dovers School of Cosmetology in Kirksville in 1962 and opened a
beauty shop in Edina and later in Elmer, MO.
She also worked at Mobile Chemical in Jacksonville, IL, and the canning
factory and the rubber plant in Keokuk.
She was a waitress at Bruce 88 in Canton, MO, and Pete’s Boathouse in
LaGrange, MO.

After
living in Gorin, Bessie moved to Memphis in the 1980s.  She did in-home care for the elderly and
babysat for many children in the Memphis area, including Jason Findling and
Gregory Wiley.  Bessie was always
considered Jason and Gregory’s great grandmother.

She
was preceded in death by her parents; three brothers and three sisters.

Memorials
are suggested to the Scotland County Health Department or to the organization
or charity of the donor’s choice and can be left at or mailed to the Gerth
Funeral Service, 115 S. Main St., Memphis, MO 63555.

Condolences
may be sent to the Roberson family via email at gerths@gerths.com.