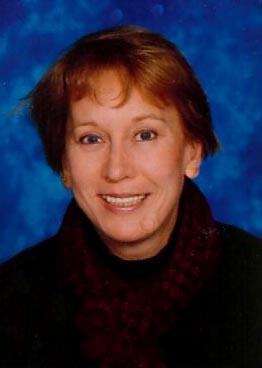 Debra F. Sweet, age 52, of Düsseldorf, Germany, formerly of LaBelle, Missouri, died Friday, December 4, 2009, after a short battle with cancer.
Deb was born June 14, 1957, in Quincy, Illinois, a daughter of Noel and Fay Sweet. She graduated from Highland High School.
Following her graduation from the University of Missouri in Columbia she taught school in Baltimore, Maryland. Later she moved back to Missouri and graduated from the University of Missouri St. Louis. She then moved to Germany where she had been teaching in the Konrad-Adenauer International School in Neuss.
Deb was a member of the LaBelle Christian Church before moving her membership to St. Louis.
In 1983 she was married to Steve Barnes in St. Louis and they later divorced. Deb was an avid reader and loved to travel, she was privileged to visit many foreign countries and especially loved visiting Ireland during her stay in Germany. She had several dogs through the years and she dearly loved each one.
She is survived by her parents, one sister, Diane Bailey and husband Dennis, two brothers, Ron Sweet and wife Ellen, Eric Sweet and wife Catherine, one niece, Shanon Sweet, two nephews, Ryan Sweet and Ian McHugh.
She was preceded in death by a brother, Randy in infancy.
Funeral services were held in Neuss, Germany with inurnment at a later date in Ireland. A memorial visitation will be held Saturday, December 19, 2009, from 1 p.m. to 3 p.m. at the Coder Funeral Chapel in LaBelle, Missouri.
Memorials in memory of Debra F. Sweet may be made to the Quincy Humane Society. Memorials may be left at or mailed to Coder Funeral Home, P.O. Box 151, LaBelle, Missouri, 63447.