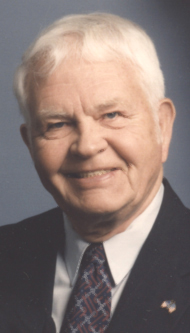 Lee was born on March 8, 1924 in
Galesburg, IL the son of Audie Lee and Meda Lucille Urban Marsh. He was raised
in the Spencer, IA area moving to Keokuk, IA in 1940. He served in the United
States Navy during WWII.

He was a member of Clark County, MO
Historical Society and also the Iowa and Illinois Numismatic Association Coin
Clubs. He enjoyed studying his family genealogy and traveling, especially his
Alaskan Cruise.

Lee is survived by his daughter, Diane
Evelyn Protsman and her husband William  of Keokuk; granddaughter, Stacey Ann Redenius and her husband
Scott of Rockford, IL; sister, Lila Ann Tyler and her husband Russell  of Las Vegas, NV; niece, Sandra Lee Dillinger
and her husband Terry of Indianola and many other nieces and nephews throughout
the United States.

Visitation will be held Thursday from
Noon to 2 p.m. at Vigen Memorial Home, Keokuk, IA.

Memorials may be made to Lee County
Hospice.

Online
condolences may be made to the family at www.vigenmemorialhome.com.