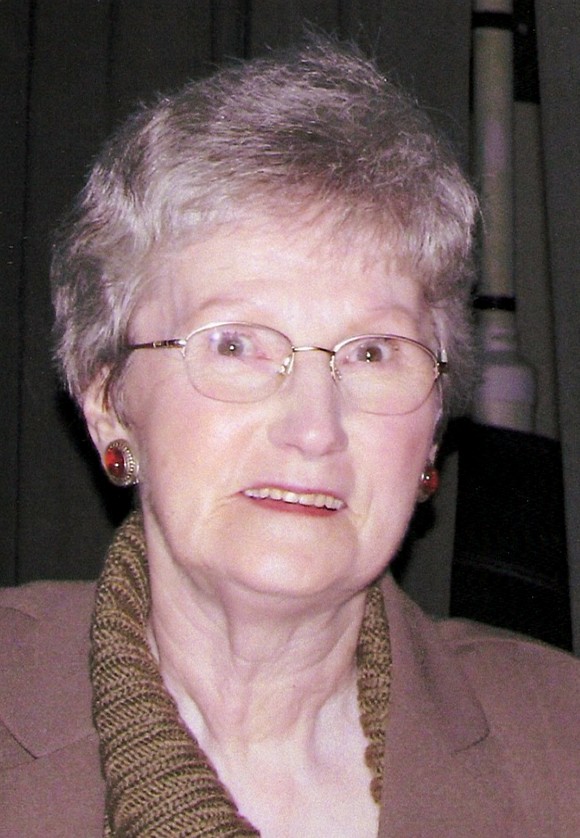 Sandra May Browning, age 64, of Edina, Missouri, died Monday, December 28, 2009, at her home.
She was born near Colony, Missouri, on October 11, 1945, the fifth child of Howard McConnell and Nellie Leona Pulse Nicol.
She attended grade school at Colony and graduated from Knox City High School in 1963. Following graduation, she began working for Dr. Waldo Isom in Knox City. She married Jim Browning of Edina, Missouri, at Colony on January 16, 1965. They began their life together Southeast of Edina, Missouri. Sandra worked for Knox County Farmer’s Mutual until she became a stay at home mom. She was the mother of two sons, David and Michael. After they were older, she continued working in insurance and real estate for Don Harrison Agency and Hawkins Insurance Group until poor health forced her to retire.
She was preceded in death by her parents and a brother Charles Nicol.
She is survived by her husband Jim of Edina, two sons; David and wife Renee of Thompson’s Station, Tennessee, and Michael and wife Janet of Farmington, Iowa, two sisters; Mary Joy Sayres of Knox City, Missouri, and Judy Rolfe and husband Ernest of Windsor, Ontario and a brother John Will Nicol and wife Judy of Knox City, Missouri, five grandchildren, many nieces, nephews and many good friends.
Mrs. Browning believed in making the community a better place to live. At age 13 she was baptized into the Baptist faith at Colony. She then spent many years teaching Sunday School in Edina and sang with the choir at the First Baptist Church in Kirksville. She actively worked with young people in many areas in the community including Cub Scouts, Little League Baseball and Knox County Promotional Council, Wider Opportunities Board, Home Health Advisory Board and others. She was recognized as a “Missouri Merit Mother” by the Missouri Mother’s Association in 1991.
Her love of music started at an early age and she became a soloist for many events. She made several trips to Europe as a member of the Mark Twain Chorale and Missouri Baptist Choir, singing in wonderful, historical places, her favorite being the Koln Cathedral in Germany. She co-founded the Knox County Community Theater and performed on stage with this group and the Memphis Players in several musicals.
She enjoyed local history and did extensive research for the Colony Scrapbook one and two. She loved her hometown and helped save its history.
She was a member of the Edina Baptist Church, Knox County Historical Society, NSDAR Ann Haynes Chapter, New England Women, American Legion Auxiliary and Friends of Colony. Her hobbies were music and performing arts, historical research, photography, car racing, reading and collecting antiques. She loved life and she was not afraid to make a difference.
Funeral services will be held 2 p.m. Wednesday, December 30, 2009, at the Hudson-Rimer Funeral Home in Edina, Missouri. Reverend Laura Taylor will officiate the services. Burial will be in Park View Memorial Gardens at Kirksville, Missouri. Brent Karhoff accompanied by Carol Hayes, and Ken Woodward will provide music. Casket bearers will be Martin Taylor, Carl Woodward, Kenn Woodward, Ronald Sayres, Joe Nicol and Greg Nicol. Honorary bearers will be Jim Bohovich, Derek Sayres, Ron Smith, Randy Smith and Joshua Taylor.
Visitation will be on Tuesday, December 29, 2009, after 4 p.m. with the family receiving friends from 6 p.m. to 8 p.m. in the Hudson-Rimer Funeral Home in Edina, Missouri.
Memorials in memory of Sandra May Browning may be made to the Knox County Music Boosters or Knox County Library. Memorials may be left at or mailed to Hudson-Rimer Funeral Home, P.O. Box 1, Edina, Missouri, 63537.