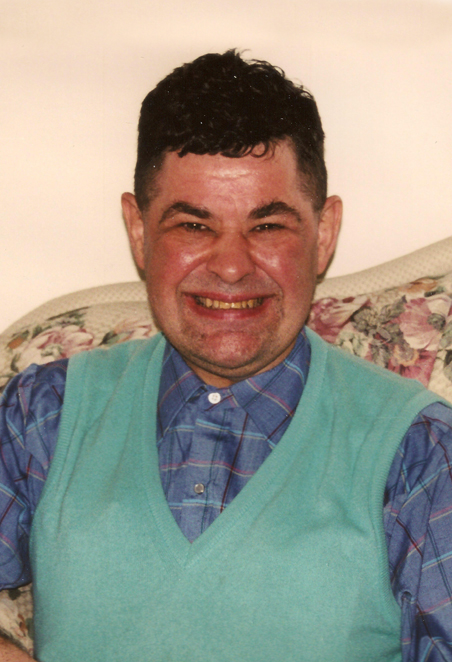 Bill Wayne Weber, age 58, of Columbia, Missouri died Monday, January 11, 2010 at Samaritan Memorial Hospital in Macon, Missouri.
Bill was born August 15, 1951 in Macon, Missouri to Marion (Benny) and Shirley Weber, of rural Atlanta, MO.
Bill is survived by both parents, one brother, Jace and his wife Sally of rural Anabel, MO; one niece, Amanda Reid and her husband Val of Kansas City, MO; a step niece Nicky Wedel and her husband Martin of Imperial, MO; two step nephews, Jake Pike of Anabel, MO, and Nathan Pike of San Diego, CA; one aunt and uncle Robert and Charlotte Wheeler of Atlanta, MO and their daughter Carla and her husband Kurt Poepsei of Pacific, MO; Sherri Tinsley of Booneville, MO his caregiver for the past several years; many other uncles, aunts, cousins, and friends that he had made over the years.
All his grandparents on both sides of the family preceded Bill in death.
Bill moved to Columbia, MO at the age of 14 in 1965 and lived at Woodhaven. This was his home and in his later years he had his own apartment there. His early years were spent learning skills that he used all throughout his life. He worked in the poultry house for about 15 years. The Central Missouri Shelter Enterprises opened and he worked there, until two months ago. He put in 20 very proud years working for them and recently received his 20 year jacket.
As a youth and young man he attended Sue City Baptist Church, until it’s closing and later Mt. Tabor Baptist Church near Atlanta. Bill had an immense love for the Lord and read his Bible until it was tattered.
All loved Bill, he knew no strangers.
Funeral services were Wednesday, January 13, 2010 at 2 p.m. at the Elliott Funeral Home in Atlanta. Mark Palmer, CEO of Woodhaven learning Center in Columbia and Rev. Elmer McCully, pastor of the LaPlata Baptist Church officiated the services. Burial was in the Mt. Tabor Cemetery, east of Atlanta.
Memorial are suggested t the Woodhaven Learning Center in Columbia and may be left at or sent to Elliott Funeral Home, P.O. Box 392, Atlanta, MO 63530.