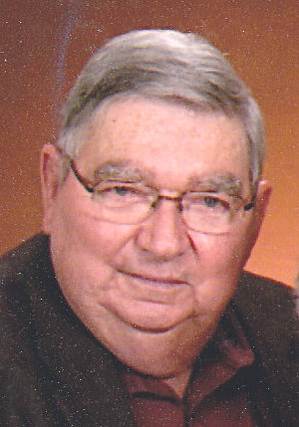 Wayne N. Bourgeois, 78, of Kahoka, MO, died January 22,
2010 at the Clark County Nursing Home in Kahoka, MO. He was born July 18, 1931
in Canton, Missouri, the son of Guy and Lelia Priebe Bourgeois. On May 19, 1951
in Kahoka he was united in marriage to Oneida Mae Walker. She survives. Other
survivors include a son, Wendel Bourgeois and his wife Vivian of Kahoka, MO, one
daughter, Delia Lynn Palazzo and her husband Dennis of Oquawka, IL,
daughter-in-law, Jan Bourgeois of Kahoka, MO, five grandchildren, Bethany Davis
and her son Brody; Jeremy Bourgeois and his wife Miranda and their children
Erika, Aidan, and Avery Guy; Joshua Bourgeois and his wife Nikki; Lacy Killion
and her husband Micah and their children, Kylee and Emmalee; and Brandon
Bourgeois, step grandchildren, Marie Spence and her husband Kraig; Chris Plant
and his wife Deana and their children, Olivia and William; Amber Turpin and her
husband Ray; Josh Barnes; Jodi Barnes and her fiancé Andy Eslinger; Aaron
Palazzo; and Keri Palazzo and her children Missy, Ebony and Lexy; and many
nieces and nephews. He was preceded in death by his parents and two sons, Ronald
in infancy and Benny Bourgeois on August 21, 2007 and a sister, Noreta Cecil.

Wayne lived in Clark County all of his life and graduated from Clark County
High School with the Class of 1949.

He farmed all of his life and collected and restored antique John Deere
tractors with pride. For twelve years he served as Western Commissioner for
Clark County. A faith-filled man, Wayne was an active member of First Baptist
Church of Kahoka. He was a lifetime member of the Western Illinois Threshers in
which he also served as a director. He was the past president and lifetime
member of the Fox Valley 2 Cylinder.

Wayne was an avid gardener and especially enjoyed tending to his peaches
which Oneida would make his favorite peach pie with. He was very caring man and
devoted to his wife and children. He enjoyed spending time with his family and
especially his four legged friend, Lucky.

Funeral services will be held 10:30 a.m., Wednesday at the First Baptist
Church in Kahoka, MO with Reverend Matt Hoffmann officiating. Burial will be in
the Kahoka Cemetery.

Visitation will be held after 1 p.m. Tuesday with the family meeting with
friends from 5 – 7 p.m. at the Vigen Memorial Home in Kahoka, MO.

In lieu of flowers, memorials may be made to the Missouri Baptist Children’s
Home or the Shepherds Staff Mission Group.

Online condolonces may be made to the family at www.vigenmemorialhome.com

Your E-mail and More On-the-Go. Get Windows Live Hotmail Free. Sign up now.

Hotmail: Powerful Free email with security by Microsoft. Get it
now.