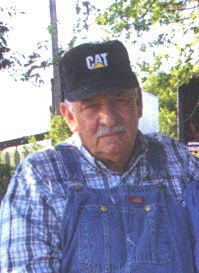 He was preceded in death by his parents and step-parents, Oscar and Evelie
Graham and Wilma and Bill Morrise; a brother, Lester Graham; and, grandparents,
Alva and Annabelle Courtney and Charlie and Anna Mae Graham.

For 21 years Jerry owned and operated buses for the Luray School District. He
also ran his own dozing, trenching and heavy equipment business and farm. He was
a talented mechanic and loved restoring antique International tractors with his
son and brother and participating in tractor pulls. He was a member of the Fox
Valley 2 Cylinder Club. In earlier years he liked fixing up and driving
demolition derby cars. He also liked fishing and hunting, especially turkeys.
Most dear to his heart was time spent with his family, particularly with his
grandchildren. They were the source of pure joy to him.

Funeral services were held Saturday, January 30, 2010, at 10:30 a.m. at
Wilson Funeral Home in Kahoka with Pastor Mark Boley officiating and Mrs. Linda
Gordy, eulogist. Special music was recordings “Daddy’s Hands”, “When I Get Where
I’m Going”, and “Go Rest High”.

Burial was in the Bethlehem Cemetery rural Luray, MO.

Visitation was held at Wilson Funeral Home in Kahoka after 9 a.m. Friday with
family receiving friends from 6-8 p.m. Memorials in lieu of flowers are
suggested to his family with a beneficiary to be determined at a later date..