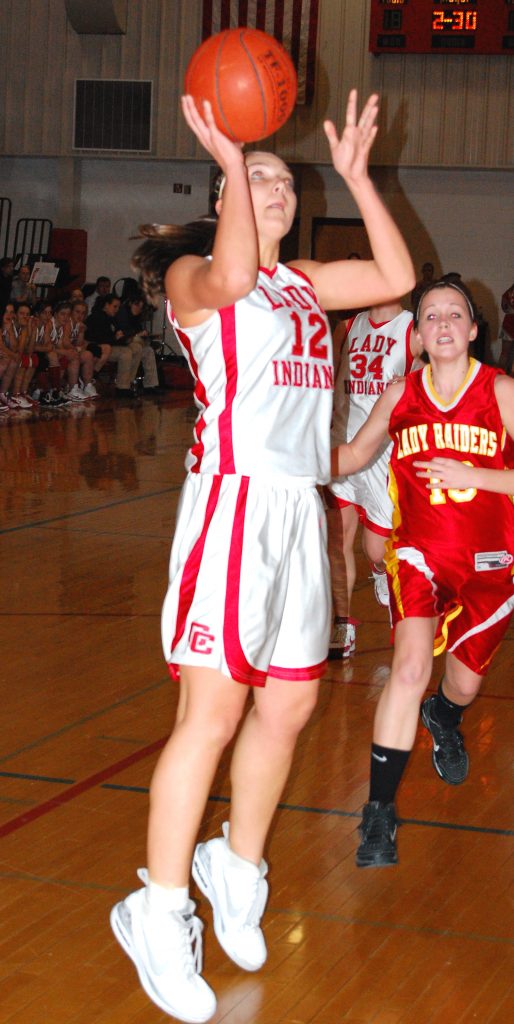 The Clark County Lady Indians opened their final Tri Rivers Conference game by outscoring North Shelby 17-2 in the opening period.  Megan Brennan was on fire for the Indians, pouring in 10 first quarter points.
The Indians added another 16 in the second quarter, and at the half led the Lady Raiders 33-9.
Coach Kelly Campbell played all the healthy players on her bench as the Lady Indians went up by 32 points, 47-15 after three quarters.  With only reserves playing in the final quarter, the Clark County managed only five more points, but rolled to victory 52-28.
Megan Brennan led the Indians with 19 points.  Morgan Bertelli had nine, and Brooke Wheeler has six points.  Hannah Trump and Chelsea Edmondson had two each, and Jorden Plenge added one point.