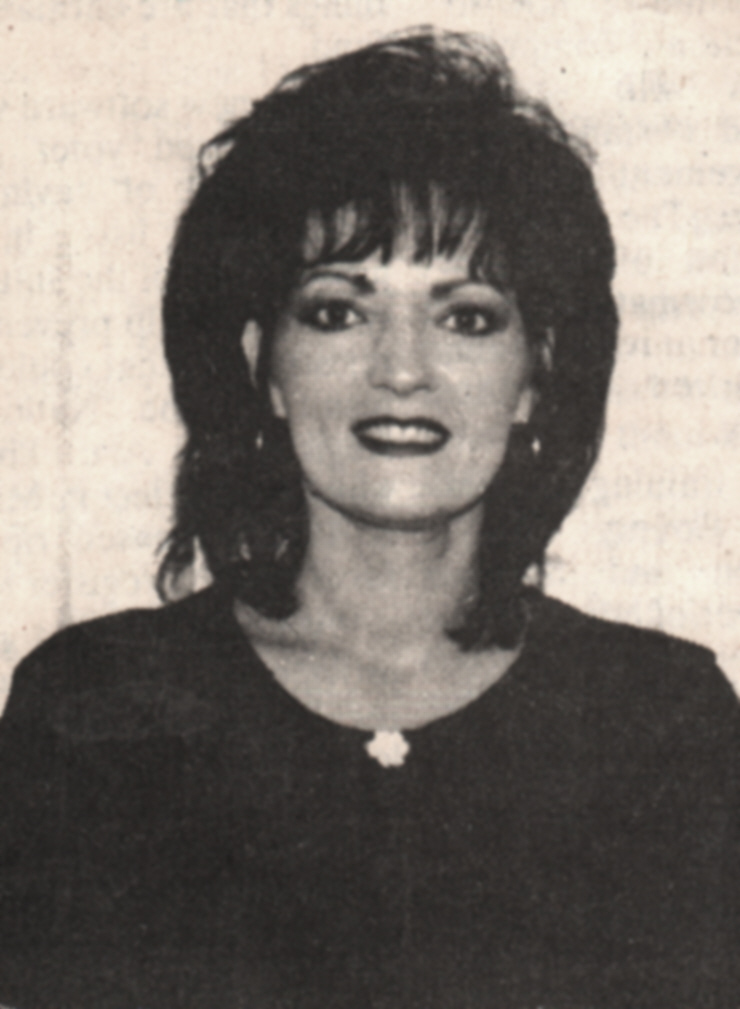 LaMayra Lynn Brown, 58, of Memphis died Sunday, February 21, 2010 at Blessing Hospital in Quincy. She had her family with her during this time.
She was born the daughter of James and Eva (Hobbs) Campbell on August 18, 1951, in Kansas City, KS.
LaMayra graduated from Washington H.S. in Kansas City class of 1969.
She married the love of her life, James Clifton Brown, on October 8, 1969, in Davisville, R.I. the day before he entered the United States Navy and was being shipped out to Cuba.
LaMayra was the long-time Scotland County Treasurer.
Jim and LaMayra toured the United States and Canada in the Brother & Sister’s Quartet, along with Jim’s sister Kathy and LaMayra’s brother, Jim – who were also married.
She was a passionate pastor’s wife serving her two churches; Rutledge New Testament Christian Church and the Gorin Christian Church. LaMayra also served as the local Democratic Committee President, and the Missouri State Treasurer Association President, and currently was serving as the Missouri State Treasurer Association Chaplain. She proudly and honorably served many dear friends during these times.
LaMayra loved life and found the joy of Christ in her life and that joy reflected onto everyone she touched. Her children and grandchildren would say that she was the most beautiful person in the world. Some of her favorite things to do were supporting important events such as performing at local benefits at the Memphis Theatre, traveling to see family far away for annual reunions and trips, singing, listening to Oldies, shopping (mostly for her children and grandchildren), enjoying coffee talk, enjoying her children, and watching her grandchildren laugh and play. She spent many nights putting on plays or playing singing games with them. They were the joy of her life.
She was preceded in death by her father, James Lee Campbell.
She is survived by her loving husband, Jim Brown, of the home; loving mother, Eva Ahland of Memphis; her wonderful sons, James Clifton and wife Rayann Brown of Quincy, Jeffrey Lee and wife Donna Brown of Kirksville, and Javan Brown and Amber Skinner of Quincy, Jamie Graham of Kirksville; four beautiful grandchildren, James Clifton Brown III (Tres), Anna, Lauren and Bromley; brother and sister-in-law Jim and Kathy Campbell of Memphis; brother-in-law Charlie Brown and wife Susan of Peoria, IL; and sister–in-law Louella Tague and husband Eddie of Rutledge and many cousins, aunts, uncles, nieces and nephews.
Funeral services were at 11 a.m., Friday, February 26, 2010, at the Gerth Funeral Chapel in Memphis with LaMayra’s brother, Pastor Jim Campbell of the Kahoka Christian Church, officiating. Jeff, Jimmy, and Javen Brown, Chipper Campbell, Eddie Tague, and Rob Zahn served as pallbearers. Ray Peek, Les Richmond, Andrew Tague, and Charlie Brown were honorary pallbearers. Gary Dial, Rev. Don Cooper, Gene Cornell of the State Treasurer’s Association, and Chipper Campbell gave tributes to LaMayra during the service. Two of her grandchildren read poems they wrote for her, as did Caroline Campbell. Rob Zahn read a tribute, The Miracle of Mirriam, which told of LaMayra’s last gift. Taped recordings of LaMayra singing two of her songs, Charity and This Side of Calvary, were played during the service. Burial was in the Pauline Cemetery in Rutledge.
Memorials are suggested to the Grandchildren’s College Fund, in care Jim Brown, and can be left at or mailed to the Gerth Funeral Service, 115 S. Main St., Memphis, MO 63555.
Condolences may be sent to the Brown family via email at gerths@gerths.com.
Arrangements were under the direction of Gerth Funeral Service from their Memphis chapel.