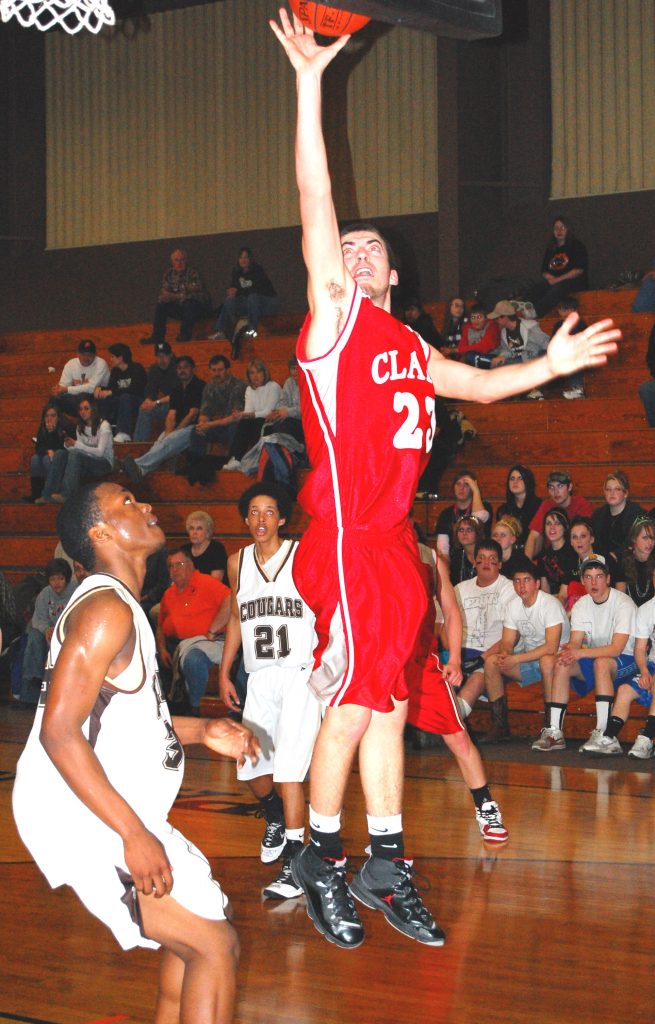 The Clark County Indians faced a familiar foe in the first round of the Class 3 District 7 basketball tournament on Tuesday, March 2, at Palmyra.
After losing at home to Highland a week earlier, the Indians were looking for revenge and a chance to advance in district play.  Unfortunately, that wouldn’t happen for the Indians.
Clark County got off to a good start in the contest, jumping out to an early 13-7 lead.  The Indians played a good first half, and lead the Cougars 25-20 at the intermission.
Highland outscored the Indians 15-8 in the third period to take a 35-33 lead after three quarters.  The Cougars ramped up their effort in the final eight minutes, outscoring the Indians 27-12 to pull away to a 62-45 win.
The Indians ended their season with an 8-14 record, and say goodbye to seniors Justin Oilar, Neal Moon, Dakota Armstrong and Nathan Alderton.