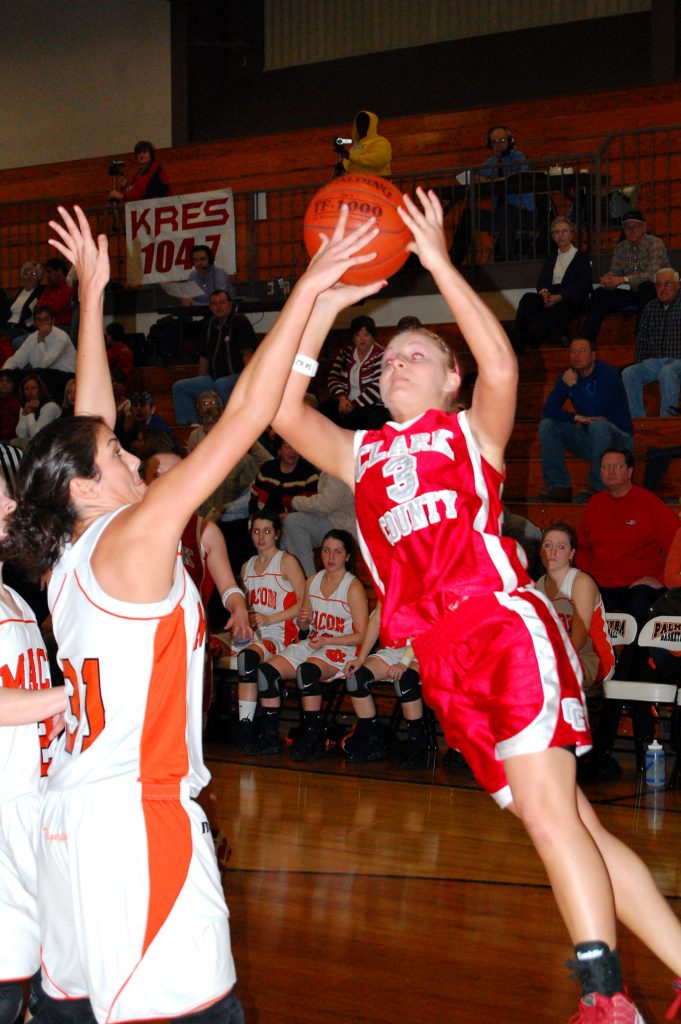 The Clark County Lady Indians played like a state-ranked team, giving the number ten ranked Macon Lady Tigers all they could handle in the first half.
Clark County opened with a three pointer by Morgan Bertelli, and Cady Flood and Chelsea Edmondson each had four points in the first period as Clark County pressured Macon.  After the first quarter, Macon held a narrow 12-11 lead.
The Lady Indians stayed close in the second quarter, pouring in 14 points.  Bertelli buried a pair of three-pointers, and Megan Brennan and Cady Flood each hit field goals.  Brooke Wheeler got in the scoreboard with a pair of free throws, and Chelsea Edmondson scored one point.  The Lady Indians tied the Tigers at 25 with 1:06 left in the second period.
At the half, Clark County trailed 28-25.
Macon opened 40-29 lead in the first five minutes of the third quarter, and held a 47-35 lead after three.
In the final eight minutes, Clark County’s defense kept the Tigers scoreless for almost three minutes, but Macon overcame the Indian effort, outscoring the Lady Indians 13-8 in the final quarter to take a 60-43 victory.
Senior Cady Flood led the Indians in her final game, scoring 10 points.  Fellow senior s Morgan Bertelli and Brooke Wheeler had nine and six points, respectively.  Megan Brennan had eight points, and Chelsea Edmondson had seven.