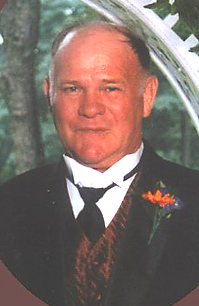 Donald Eugene Scott, age 63, of rural Williamstown, MO, died Tuesday, March 9, 2010 at his home following a battle with cancer.
He was born July 15, 1946 at Williamstown, MO, a son of Benjamin F. and Etta B. Wright Scott.
Donnie graduated from Williamstown High School in 1964, and attended college in Kirksville until entering the service in May of 1966 where he served in the Army in Korea.
On December 21, 1967, he was united in marriage to Jackie Spurgeon in Kahoka, MO.
He is survived by his wife, Jackie, of Williamstown, MO; mother-in-law, Mary Freeman of Canton, MO; one son, D. J. Scott and fiancé, Laura O’Brien, of LaGrange, MO; three daughters: Ann VanNostrand and her husband, Tom, Tammie Dieterich and her husband, Grayson, and Sheri Scott and her fiancé, Greg Renfroe, all of Palmyra, MO; four grandchildren: Jessica Renee and Alexis Nicole VanNostrand and Karissa Leann and Kole Lane Dieterich all of Palmyra, MO; two brothers, Bennie Scott and his wife, Sharon, of Williamstown, MO and Jim Scott and his wife, Marie, of Canton, MO; one sister, Judy Overhulser and her husband, John, of Wyaconda, MO; sisters-in-law: Sue Logsdon and her husband, Keith of Williamstown, MO and Jovanna Spurgeon of Canton, MO; as well as nieces, nephews, cousins and other relatives.
He was preceded in death by his parents; father-in-law, Pedro Spurgeon, and brother-in-law, Jimmy “Hop Sing” Spurgeon.
For the past 35 years Donnie together with his brother, Bennie, owned and operated Scott’s Feed Store in Fairmont. Scott’s Feed Store was his livelihood and his passion. He loved his work and the people who patronized and visited there. He enjoyed his fellowship in the Fairmont Coonhunter’s Club and was a true outdoorsman who not only loved to fish and hunt (including mushrooms), but also loved caring for his 3 to 4 gardens and taking care of his cows.
Donnie loved the game of baseball and played many years with the Wayland fast pitch softball team and the co-ed Williamstown slow pitch team. He was a coach for the Williamstown Ball Association when his daughters were on the team and a reluctant ump. He had bowled several years on leagues in Kahoka and Canton His greatest enjoyment was spending time with his children and grandchildren.
Funeral services were held Saturday, March 13, 2010 at 1:30 p.m. at Wilson Funeral Home in Kahoka with Rev. Dewayne Larenson and Rev. Ernest Deatrick officiating. Special music was recordings: “Daddy’s Hands” and “When I Get Where I’m Going”.
Honorary Pallbearers were Dr. Gene Childress, Wade Poulter, Jared Kirchner, Bill Murphy, Bub Campbell, Rex Pitford, Paul Tague, Lee Suter, Kenneth Suter, Ed Colvin,
Gary Webster and Jerry Denham
Pallbearers were Jim Kerfoot, Jeff Scott, David Alderton, Joe Paul, David Riggs and David Phillips, Jr.

Acknowledgement of Service
The members of the American Legion and the Veterans of Foreign Wars hereby acknowledge that Comrade Donald Eugene Scott served our country for three years in the U.S. Army.
He served with the 249th Repair Parts Company as a track vehicle mechanic and attained the rank of SP5.
He is authorized to wear the following decorations: National Defense Service Medal.
He received an Honorable Discharge 26 May 1969, and returned to Clark County, Missouri.
Our Comrade joined the staff of the Supreme Commander 9 March 2010.