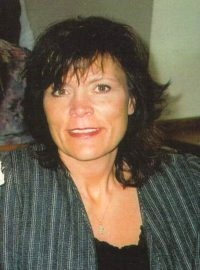 Robin Howell Hintz passed away on Sunday, March 7, 2010 as a result of a tragic accident.
She was the daughter of Bonnie Jean Howell of Columbia Falls and Gale “Topper” Howell of Whitefish, born April 28, 1963 in Glasgow.
The family moved to Columbia Falls in 1968 where she attended school. She was always a bright student. Robin was introduced to recovery in Glasgow at the age of 16; later in Helena and in Columbia Falls. She was currently living in Missoula.
She graduated from Flathead High School in 1981 and then attended Carroll College. She later attended Montana State University and received her Bachelor of Science in Biology: Biomedical Science and Registered Nursing.
In 1983 she married Timothy Heinzman and gave birth to two of her children, Joseph Robert Heinzman in 1985 and Christine Michelle Heinzman in 1987. Robin and Tim were divorced in 1991.
Robin began a relationship with Ronald Pflug in 1992 and this union produced her youngest son, Nicholas Reed Pflug Howell in 1996. Robin’s greatest joy and comfort in life came from her three children.
In 2006, Robin married Harvey Gene Hintz. She was just completing several years of study at Gonzaga University where Robin was to receive a Masters of Science in Nursing, Family Nurse Practitioner, in May. This great accomplishment was to take the family on their latest adventure to New Mexico where a new life awaited them.
Her life with Harvey was filled with happiness, love and laughter. They took immense pleasure in riding their Harley Davidson motorcycles and relaxing by the water in summertime. She derived enormous satisfaction from overcoming youthful challenges and made her continuing education a focus of her life.
She began a lifelong career in health care. Robin had an extensive employment and service portfolio that began as a habilitation aid at Boulder River School and Hospital. She gained experience as a chemical dependency technician at Shodair Children’s Hospital in Helena. She was a special education para-educator in Kalispell. In Billings, she worked as a mental heath care worker for Deaconess Medical Center. Her career as a Registered Nurse started in 1994 she worked at Kalispell Regional Hospital/Pathways Treatment Center, VRI Managed Care, St. Patrick Hospital and Health Science Center/ First Step Resource Center, Missoula County Detention Facility. Currently Robin was working as a Sexual Assault Nurse Examiner again with First Step Resource Center.
Along with her dedication to her family, Robin made Alcoholics Anonymous and its membership a very large part of her life. She owed much of her success to her sobriety and assisted countless others in their journeys along this path. She was a rare and beautiful woman.
She was preceded in death by her stepson, Joshua Pflug.
Robin is survived by her loving husband Harvey Hintz of Missoula, her children Joe, Christine and Nick, her mother Bonnie Howell, father Gale “Topper” Howell, Mary Jo his fiancée and brothers Anthony, Robb and Karl Howell. Robin also leaves behind Michelle and Dan, her half-siblings and two grandchildren Mason and Emmie, 4 nephews, 1 niece, and a great niece. She will be dearly missed by a wealth of friends that she always made feel like family.
A service will be held on Saturday, March 13th at Cremation and Burial Society of the Rockies, 2510 Spurgin Road in Missoula, from 1:00-3:00 PM. A potluck will take place at 2701 Russell from 5:00-7:00 PM following the service to share memories and to celebrate Robin’s life.
In lieu of flowers, the family requests that donations be made to Guardian Angels Foundation, 2835 Fort Missoula Road, Suite 301, Missoula.