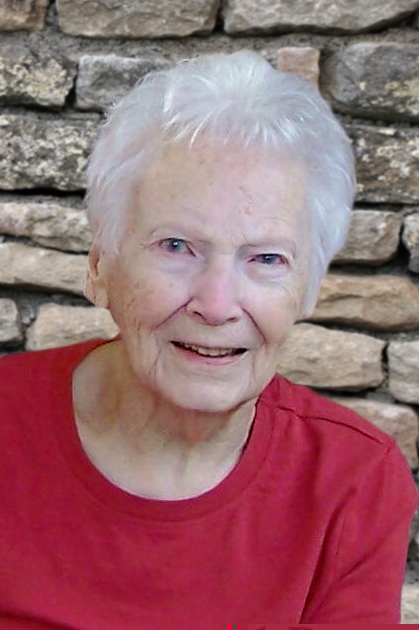 Mary Louretta (Gosney) Yochum Buckingham, 94, of Highland, formerly of Edina, MO, died Sunday, March 14, 2010, at Highland Health Care in Highland, IL.
Graveside services were held at 11 a.m. on Thursday, March 18, 2010, in the Knox City Cemetery in Knox City, MO, with Rev. Doug Wilson officiating. Arrangements were handled by Hudson-Rimer Funeral Home in Edina, MO.
Mary was born in Knox County, MO on June 2, 1915, to John William Gosney and Dora Walter Gosney. She was united in marriage to John Daniel Yochum (deceased) on February 26, 1938 in Decatur, IL and is survived by two daughters and one son, Louretta (Gary) Rhodes of Denver, Pennsylvania, Ruth (Jim) Plummer of Pocahontas, Illinois and David (Vara) Yochum of Troy, Illinois. She is survived by one sister, Hazel Whitmire of Edina, MO, 6 grandchildren, 7 great-grandchildren and 1 great-great grandchild.
Mary is preceded in death by her parents, four brothers and four sisters. She is also preceded in death by Leonard G. Buckingham on July 25, 2009. They were united in marriage on May 22, 1966.
Mary was raised in Knox County until as a young teen, she moved to Hannibal, MO, where she worked as a live-in caregiver/nanny for a family until she met John D. Yochum. They married in Decatur, IL and lived there raising their family for many years, except for a few years owning and living on a farm outside of Edina, MO.
Mary was a stay-at-home Mom who loved the Lord, raised three children to know the Lord and always enjoyed cooking for her family and extended family. She enjoyed many different crafts, mostly crocheting, was an excellent seamtress earning extra money sewing for others, and very good with woodworking and remodeling countless of older homes which were purchased and then sold after remodeling.
Memorials may be made to the Knox City Cemetery. Memorials may be left at or mailed to Hudson-Rimer Funeral Home, P.O. Box 1, Edina, MO 63537.