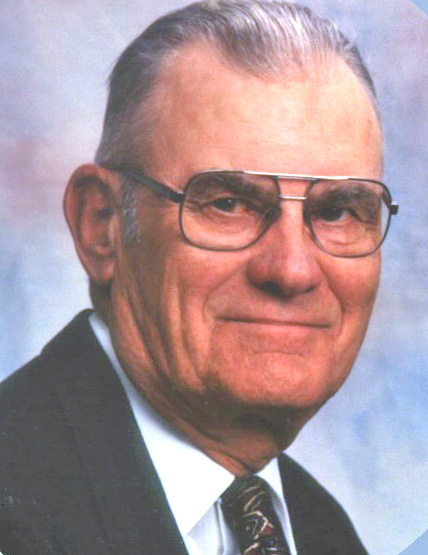 Howard was born June 14, 1922 on the family farm south of Kahoka, the son of
Walter and Bertha Hamner Heinze.

He graduated from Kahoka High School in 1940 and farmed until being drafted
into the Army in 1944 where he served until 1946, attaining the rank of Staff
Sgt.. He returned to farming in Clark Co., and on January 5, 1954, was united
in marriage to Elizabeth A. Jesberg at the Presbyterian Church in Alexandria,
MO.

He is survived by his beloved wife, Elizabeth, currently residing with her
daughter and son-in-law in West Burlington, IA; a son, Leslie Heinze and his
wife, Arlene, of Kahoka, MO; two daughters, Joyce Taeger and her husband,
Jeffrey, of West Burlington, IA and Marlene Spory and her husband, Keith, of
Edina, MO; eight grandchildren: Matthew (Holly) Heinze of Kahoka, MO, Christina
(James) Shanks of Grimes, IA, Ann (Jake) Bonner of Marion, IA, Luke (Amber) Taeger
of West Des Moines, IA, Andrew Taeger of West Burlington, IA, Seth Spory and
Phillip Spory, both of Edina, MO and Casey (Jerred) Head of Wentzville, MO;
five great-grandchildren: Clayton and Lauryn Heinze of Kahoka, MO, Kaylee and
Alexia Shanks of Grimes, IA, and Miley Head of Wentzville, MO; two sisters,
Ethel Lillard and Mary Garrels and her husband, Joe, all of Kahoka, MO;
sisters-in-law and brother-in-law: Doris and Bob Eddleman and Twila Horter, all
of Kahoka, MO; as well as nieces, nephews and other relatives.

He was preceded in death by his parents and brothers-in-law and
sister-in-law: Leroy Lillard, Stanley Horter, and Roscoe and Betty Boltz.

Howard was baptized and confirmed at St. Paul United Church of Christ where
he had served on the consistory on several occasions and as president. He also
served on the Pastoral Call Committee, was active on the Christian Board of
Education acting as superintendent, treasurer, as assistant Sunday School
Teacher and member of the Adult Sunday School Class.

Howard actively served on the St. Paul Cemetery Board and was a member of
the former Men’s Brotherhood.

He served his community as a member and treasurer of the Star School Board,
former MFA Oil board member, and Industrial Opportunities Workshop former Vice-President
and board member. Howard’s main love was his church and his family.

Burial with military rites will follow in the St. Paul Cemetery.

Visitation was after 9 a.m. Thursday at Wilson Funeral Home in Kahoka with
family receiving friends from 6-8 p.m.

Memorials were suggested to the St. Paul United Church of Christ Cemetery
Fund.