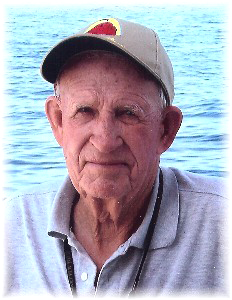 Norman was a veteran of the United States Navy and served his
country during WW II.

He had been employed at Hubingers in Keokuk for thirty-eight years,
retiring in 1988.

Norman was a member of the Emmanuel United Methodist Church in
Keokuk, the Local 48 American Federation of Grain Millers and the Southside
Boat Club in Keokuk.

He enjoyed fishing and woodworking and loved to travel and go
on cruises.  Norman especially enjoyed
spending time with his family.

He was preceded in death by one daughter at birth, two brothers,
Wayne Allen and Forrest Allen and one sister, Lois Crandell.

A memorial service will be held at 1 p.m., Thursday at the
Vigen Memorial Home in Keokuk, IA with Brother Bill Abegglen officiating.  Burial with military rites will be in the
Keokuk National Cemetery.

Visitation will be held on Thursday from 12 noon until service
time at the Vigen Memorial Home with family meeting with friends at that time.

Memorials may be made to the Leukemia Foundation.