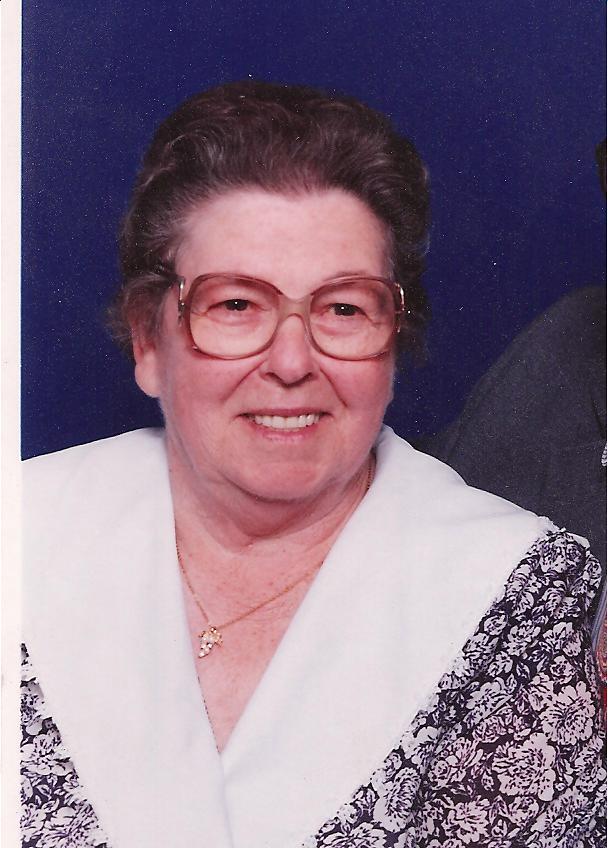 Clara A. Shumaker, 85 of Brashear died Tuesday, April 13, 2010, at Northeast Regional Medical Center.
Cara was born January 29, 1925 in Deer Ridge, Missouri, the daughter of Russell and Rubie (Gosney) Menke. She graduated from the LaBelle High School. She moved to Burlington, IA and worked at the Burlington Ordnance Plant. On August 5, 1944 in Burlington, IA she was united in marriage to Leslie Earl Shumaker. They lived in several western states until 1957 when they moved to Brashear where she raised her family. She later worked at Laughlin Hospital for several years and then for Home Health Care until she retired in 1994.
She was a member of the Hurdland Baptist Church where she was very active. She was a supporter of the Southern Baptist Children’s Home in Bridgeton, MO.
Clara is survived by her children, Leslie Russell Shumaker of LaPlata, MO, Alan Lee Shumaker and wife Terri of Waxahachie, TX, Pamela Jeanne Shumaker of Chicago, IL and Brian Lewis Shumaker of Hurdland, MO; three grandchildren, Curtis Walters and wife Crystal, Sarah Anne Shumaker and Noland Ryan Shumaker; one great grandchild, Jack Walters; one aunt, Hazel Whitmire of Edina, MO and several nieces and nephews.
She was preceded in death by her parents, her husband, three brothers and one sister.
Funeral service were held at 2:00 p.m. Saturday, April 17, 2010, at Davis-Playle-Hudson-Rimer Funeral Home with Reverend Robert Shobe officiating. Burial was in Park View Memorial Gardens in Kirksville.
Visitation with the family was from 6:00 to 8:00 p.m. Friday at the Davis-Playle-Hudson-Rimer Funeral Home, 2100 E. Shepherd Ave., Kirksville, MO 63501.
Memorials are suggested to the Southern Baptist Children’s Home and can be sent to the funeral home