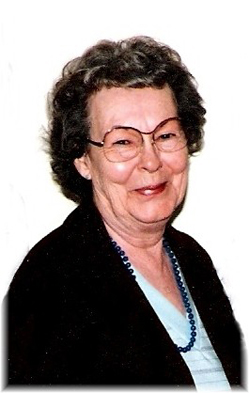 She was born November 25, 1918 in Nodway
County, MO, the daughter of Walton E. and Elnora T. Dixon Bales and was raised
by her grandmother, Rachel Dixon.On
January 25, 1940 she was united in marriage to Lee O. “Red” McWhortor in
Kahoka, MO.He preceded her in death on
October 9, 1995.

Rachel graduated from Clark County High
School with the Class of 1937.Her life
was her family and playing the piano and organ.Her main focus was her family and taking care of them along with
her husband and children she also took care of her grandmother.

She played the piano at the Kahoka
Christian Church and Eastern Star and she also gave piano lessons. Rachel received her 50 year pin from Order of
Eastern Star Chapter #40.

She is survived by her daughter Patricia
Mullenix of Kahoka, two grandchildren, Rusty Mullenix and his wife Angie of
Lake St. Louis, MO and Stacie Claus and her husband Bill of Keokuk, four great
grandchildren, Nicole Dupy, Emery Mullenix, Cody and Caylee Claus, and nieces
and nephews, along with her Siamese cat Tinker Bell.

Besides her husband she was also preceded
in death by her parents, two sons, Larry Lee McWhortor on January 17, 1943 and
William G. McWhortor on May 31, 1970 and three brothers.Rachel’s angel escorts were DR, AK, ME, MR,
BC, and RD.These ladies took care of
her needs and were dearly loved for their friendship and devotion.

Visitation was held after 3 p.m.
Wednesday with the family meeting with friends from 6 – 7 p.m. at the funeral home.

On-line condolences may be made to the
family at www.vigenmemorialhome.com.