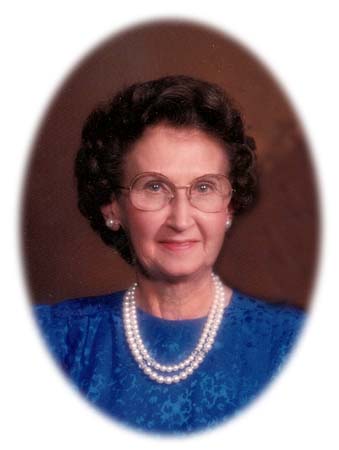 Born on August 10, 1920 in Knox County, Missouri, Madeline was the daughter of Mary Constance (Rourke) and James Alexander Mckenzie. She was one of six children.

Madeline graduated from high school in Edina, Missouri. She married Louis Robert “Bob” Stutsman in Kirksville, Missouri on May 15, 1939. The couple moved to Canton, Illinois in 1940 and resided there for many years. They were the parents of three daughters. Madeline was employed as the bookkeeper at the JJ Newberry Company store in Canton. In 1968 Madeline and Robert moved to Phoenix, Arizona, where she was the Accounts Payable Manager at Associated Grocers until her retirement in 1983. In their later years Mr. and Mrs. Stutsman located in Hamilton, Montana to be with family.

A private family funeral officiated by Father John Darragh, pastor of St. Francis Catholic Church, was held on Friday, April 23, 2010 at Daly-Leach Chapel in Hamilton followed by interment in the Riverview Cemetery in Hamilton. Condolences may be left for the family atwww.dalyleachchapel.com.