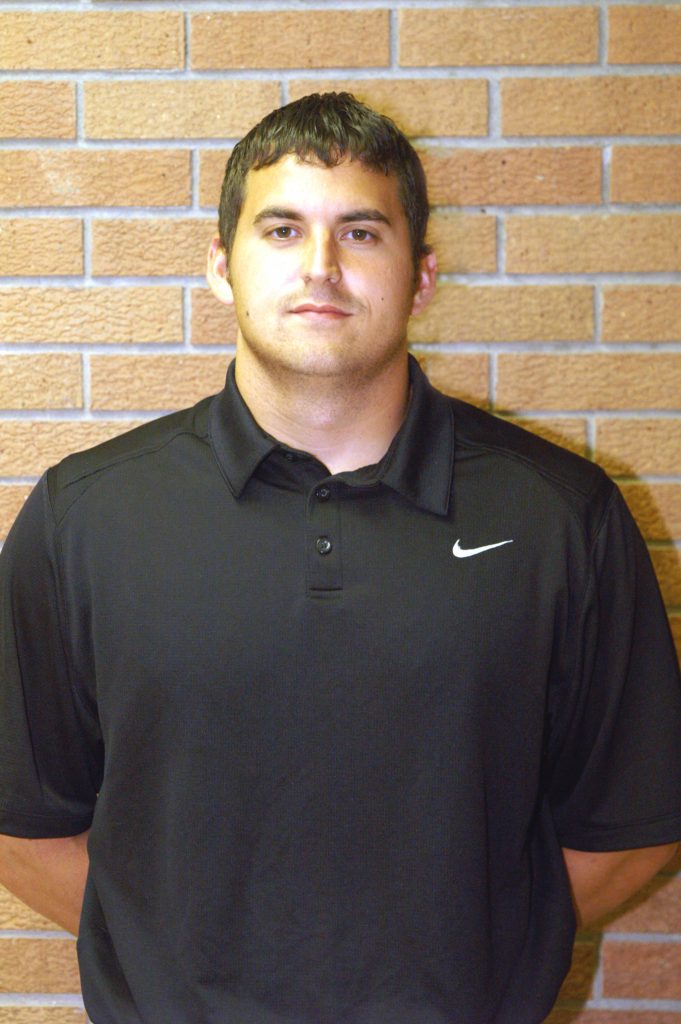 Alex VanDelft has been named Knox County High School head varsity football coach for the 2010-11 school year. VanDelft replaces Steve Ramer who resigned to take over the Sutton, Nebraska football program.
Knox County High School Principal and incoming Knox County R-I Superintendent of Schools Mr. Andy Turgeon shared comments for the district with the Edina Sentinel.
“He was a very impressive young man,” Mr. Turgeon said regarding the hiring of Alex VanDelft. “Very motivated and enthusiastic. Very knowledgeable about football. He was our best candidate.”
Alex VanDelft was a headline recruit for Shannon Currier at Truman State University.
The former Tiger standout graduated from Macon HS after an all-state football and track career. He suffered a severe leg injury that effectively ended his football playing days while at Truman State.
After recovering from the injury, Alex VanDelft was a weight thrower for the Bulldog track and field program. VanDelft spent his final season at Truman State University as a defensive assistant coach.
The district announced Alex VanDelft as their new head football coach in a May 11 press release. “It’s a really great opportunity for me, being a young head coach,” said Alex VanDelft. “I am walking into a pretty good opportunity at Knox, where they have had some success.”
The Eagles won their first football district championship since 1995 in the recently completed season. Knox County was 7-5 overall, and won their first playoff game since 1980 when the Eagles beat Princeton in the Regional round.
Knox County will graduate 13 seniors off their 2009 team. Travis Hamlin and Keanan Gillaspy have signed football scholarships to Central Methodist University at Fayette.
“We have athletes coming back. I am excited to be here,” Coach VanDelft said. John Weaver, Jake Hemmerling and Bruce Vannoy have been named varsity football assistant coaches for the 2010 football season.
Alex VanDelft told the Edina Sentinel that he prepared an off-season weight program when the district hired him. Returning football players not involved in track and baseball have been participating in off-season workouts.
Current plans are to have the weight room open three times per week. “We are going to try and train the best athletes possible,” related Alex VanDelft. “That carries into football, but it also trains them to be the best basketball, baseball and track athletes possible.
Knox County will participate in the Central Methodist University football camp June 4-6.
Alex VanDelft graduated from Truman State University with a Master of Arts Degree in Education. He will teach Physical Education at Knox County R-I high School. Coach VanDelft will also take over a highly successful high school track and field program in 2011.
Current head track coach John Weaver told the Edina Sentinel that he was stepping down to spend more time with his family. John Weaver won Class 1 girls’ District track championships in 2007 and 2008. Knox County swept the boy’s and girl’s district track titles in 2008.
“I know that Coach (Bruce) Vannoy and Coach (John) Weaver have both done an excellent job training those a
See COACH, Page 14

athletes and getting them to the point they are at,” Alex VanDelft said of the KCHS track and field program.
“We want to build on their accomplishments and hopefully get them back to where they were this season and helping them continually improve.”
I am excited about this opportunity,” said VanDelft. “You can only learn so much from film. I want to get out there, watch them and see how they perform in a full contact situation.”
Knox County is expected to continue their run oriented attack. Alex VanDelft was part of a Wing-T offense at Macon. The Eagles ran the Wing-T under current Milan HS coach John Dabney.
Coach VanDelft told the Edina Sentinel that he had two or three ideas he was working with and that he would play off the strengths of his athletes. “We are going to put in offenses at the CMU camp,” said VanDelft when asked about converting to the Wing-T.
The Knox County R-I District currently has openings for a head varsity boy’s baseball, basketball and girl’s softball coach. The Board of Education previously voted to offer John Weaver a head Middle School football coaching position.
The District advertised for a head varsity boy’s basketball and Middle School Football coach in the May 12, 2010 edition of the Edina Sentinel. The Knox County High School Principal position opened up when Mr. Andy Turgeon accepted the 2010-11 Superintendent job.
Mr. Turgeon talked to the Edina Sentinel about the process of filling those openings. “We are working on this. We have advertised what was open. We will be interviewing and hopefully filling those positions soon.”