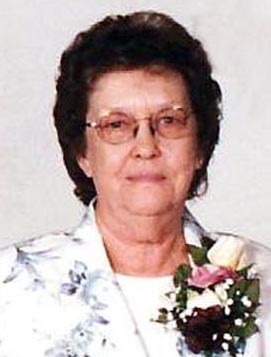 She was born January 10, 1931, in Knox County, Missouri the daughter of William Francis (Frank) and Lenora Norton Watson. She was united in marriage to William Everett Miller at Mokane, Missouri on April 13, 1950, and he preceded her in death on October 6, 1972.

Betty was preceded in death by her parents and one step grandson, Tyler Lonberger.

Betty was a member of the Knox City Baptist Church and the Knox City American Legion Ladies Auxiliary. She enjoyed cooking and spending time her children, grandchildren and friends.

Memorial may be made to the Knox County Health Department. Memorials may be left at or mailed to Hudson-Rimer Funeral Home, P.O. Box 1, Edina, Missouri, 63537.