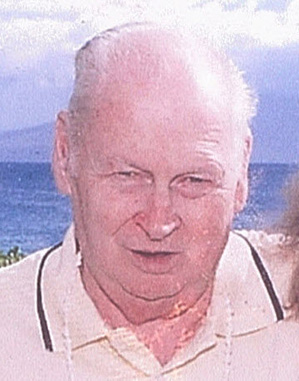 David Francis Kephart, 73, of Normal, IL, passed away
Saturday, August 21, 2010 at 5:45 pm at OSF St. Joseph Medical Center,
Bloomington, with his family at his bedside.

His funeral will be at 4 pm Thursday (8-26-10) at
Carmody-Flynn Williamsburg Funeral Home, Bloomington, with Pastor Timothy Roller
of Knoxville, TN officiating. Presentation of the flag and rendering of Taps
will be performed by the American Legion Honor Guard. Visitation will be from
2-4 pm Thursday at the funeral home.

David was born July 21, 1937 in Davenport, IA, the son of
Francis and Vivian (Berrie) Kephart. He married Jacqualyn Goldsberry on
November 8, 1964 at the Presbyterian Church in Kahoka, MO.

He received many awards and accomplishments during his
lifetime. Some included awards from Data Processing Management Association and
Society Advancement Management. The accomplishments of his students gave him a
great source of pride and satisfaction.

After retirement he helped establish the Vivian Jane Roller
Endowment Fund and its association with Missouri Coalition for Quality Care. He
also trained for and attained the Ombudsman title. He was assigned to monitor
nursing homes in the Bloomington/Normal area as a nursing home patient
advocate. His goal was to serve and protect our ‘golden’ citizens, the
seniors.

Memorials may be made to the Vivian Jane Roller Endowment
Fund, P.O. Box 7165, Jefferson City, MO 65102 or to the Alzheimer’s
Association.

He really enjoyed traveling with his wife, fishing and being
around his children and grandchildren. He took the time to listen and mentored
many lives about the power of a quality education to achieve knowledge for
getting through every day life with your head held high.