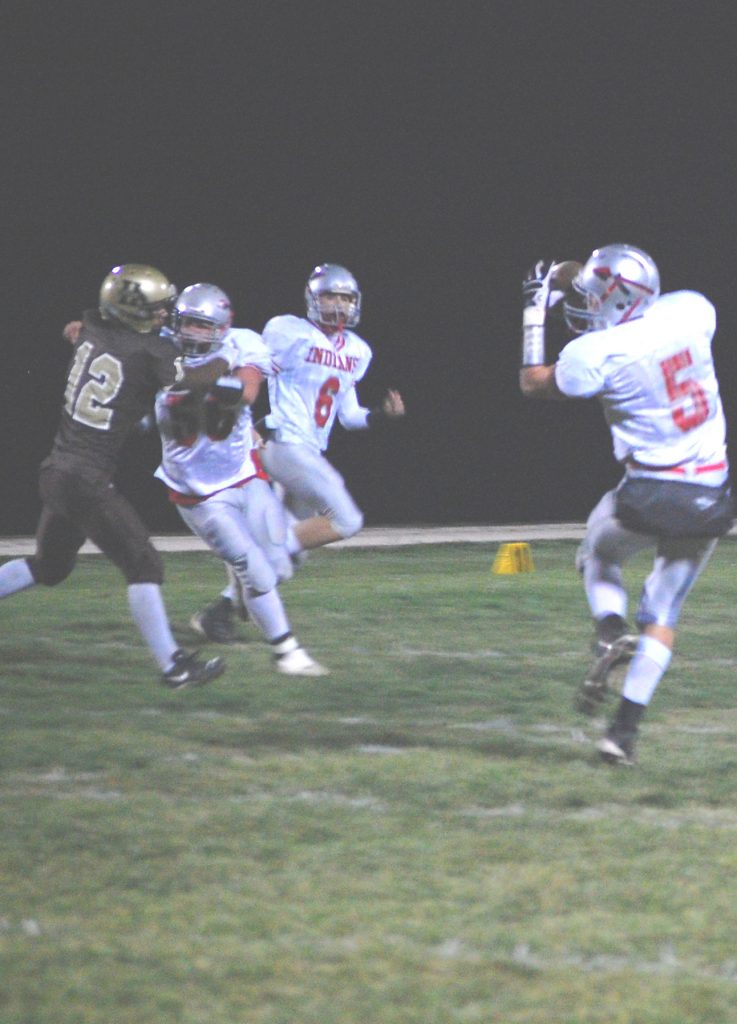 Indians Down Highland 47-8, Claim District Title
After a slow start to the 2010 season, the Clark County Indians have finished strong, defeating the Highland Cougars on the road 47-8 to win the Missouri Class 2 District 12 title in football Thursday.
Clark County won the coin toss, and gave the ball to the Cougars first. Highland’s offense was quickly overwhelmed by the Indians, and their first series ended with punt.
The Indians answered quickly, marching 80 yards to score, capped by an 11-yard TD run by QB Seth Williams. Adam Sturm’s extra point kick was good, and Clark County led 7-0 with 6:48 left in the first quarter.
Clark County would score again in the first quarter after Williams hit Jeremy Logsdon with a long pass, setting up a 16 yard TD run by Justin Alderton. The kick split the uprights, and Clark County led 14-0.
Ryan Whiston intercepted a Cougar pass to end the next Highland drive, but Clark County couldn’t take advantage of the situation and had to punt.
Good luck found the Indians again as Whiston recovered a Cougar fumble on the two yard line. Alderton did the rest, scoring on the short run to give the Indians a 21-0 lead after the extra point.
Highland seemed to have only three plays all night, a sweep, a dive and a rollout pass, but they combined with a big break for the Cougars to work against the Indians. After forcing a punt, the Indians mishandled the reception, giving the Cougars the ball on the 34-yard line. The Cougars surprised the Indians with the screen pass, and scored on a 34 yard pass play. To add insult, the two point conversion was good, and the score stood at 21-8
The Indians responded with a long drive to score with just over a minute left in the half. DJ Bunker got the touchdown with a 2 yard run. At the half, the score stood at 27-8.
The Indians opened the second half with a 57 yard touchdown pass to Whiston with 10:20 on the clock, and Justin Alderton scored on a 22 yard run with 7:58 left, and midway through the third quarter Clark County led 41-8.
The Indians would get one more touchdown as DJ Bunker would return a punt 52 yard to score with 4:29 left in the third quarter.
The Indians will host Macon on Wednesday evening. The Tigers enter the contest with a record of 9-1, while the Indians begin the post season with a mark of 6-4. The winner will advance to the state sectionals on Monday, November 8.