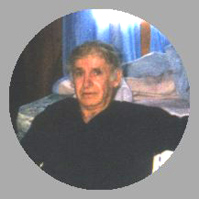 Merle was born December 29, 1940, in Oklahoma City, OK, a son of Merle I. and
Nettie Williams Zweifel.

He graduated from Keokuk High School and on July 13, 1958, was united in
marriage to Marilyn Lewis in Keokuk. They were the parents of three children,
Carl, Kim and Vickie.

Merle is survived by his children: Carl Zweifel and his wife, Nellie, of
Kahoka, MO, Kim Clark and her husband, Larry, of Gorin, MO and Vickie Baker and
her husband, Bill, of Keosauqua, IA; three grandchildren: Cora Webster and her
husband, Jeff, of Overland Park, KS, Justin Clark of Gorin, MO, and Danielle
Clark of St. Paul, MN; one great-granddaughter, Finley Webster of Overland Park,
KS; one brother, Larry Wise of Wisconsin; a sister, Carlene Shotts of Revere,
MO; as well as nieces, nephews and other relatives.

He was preceded in death by his parents; a sister, Earlene Barnes; and
special friend, Karen Wood.

Most of his life, Merle was self-employed. His last 10 years of employment
were in construction until his health started to fail and he was no longer able
to work.

Merle loved going to flea markets. He loved getting in his car, traveling and
seeing the sights, and picking up items to sell along the way. His greatest
treasures were his family.

Funeral services were held Sunday, November 14, 2010, at 1:30 p.m. at Wilson
Funeral Home in Kahoka with Brother John Sammons officiating. Special music,
“His Eye is on the Sparrow” was provided by his granddaughter, Cora Zweifel
Webster.

Visitation was held after 4 p.m. Saturday at Wilson Funeral Home with family
receiving friends from 6-8 p.m.